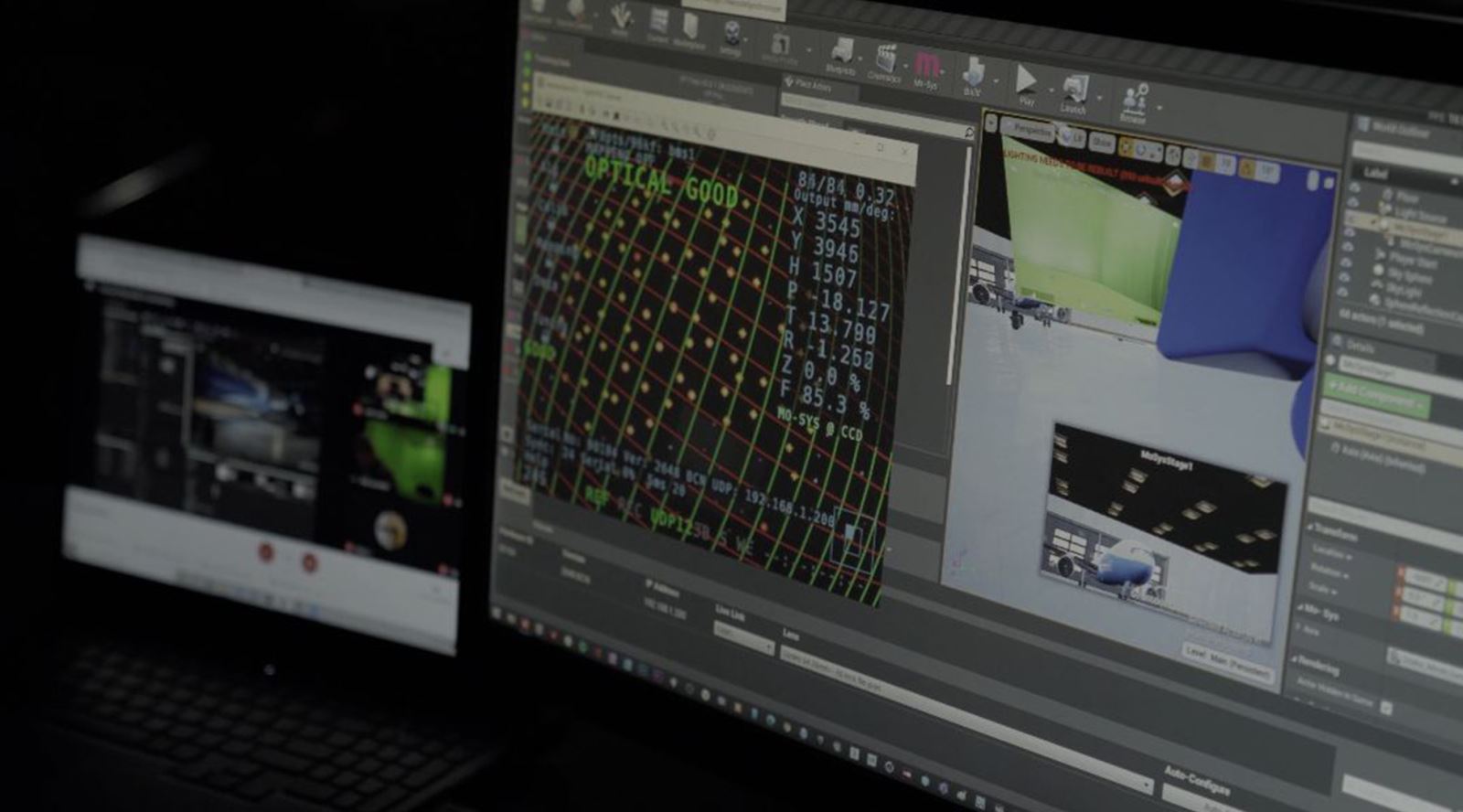 GTC sponsor Mo-Sys™ Engineering recently launched its new Onset VP Services office based in Los Angeles to provide an outsourced solution for production companies new to virtual production. This has enabled US creative and production specialists Papertown to quickly and accurately create an ambitious virtual production project featuring a passenger plane in a hangar.

Papertown is an experienced creative production agency with specialization in computer graphics (CGI). Its client, Business Made Simple, one of the most successful management coaching organizations in North America, had the concept of 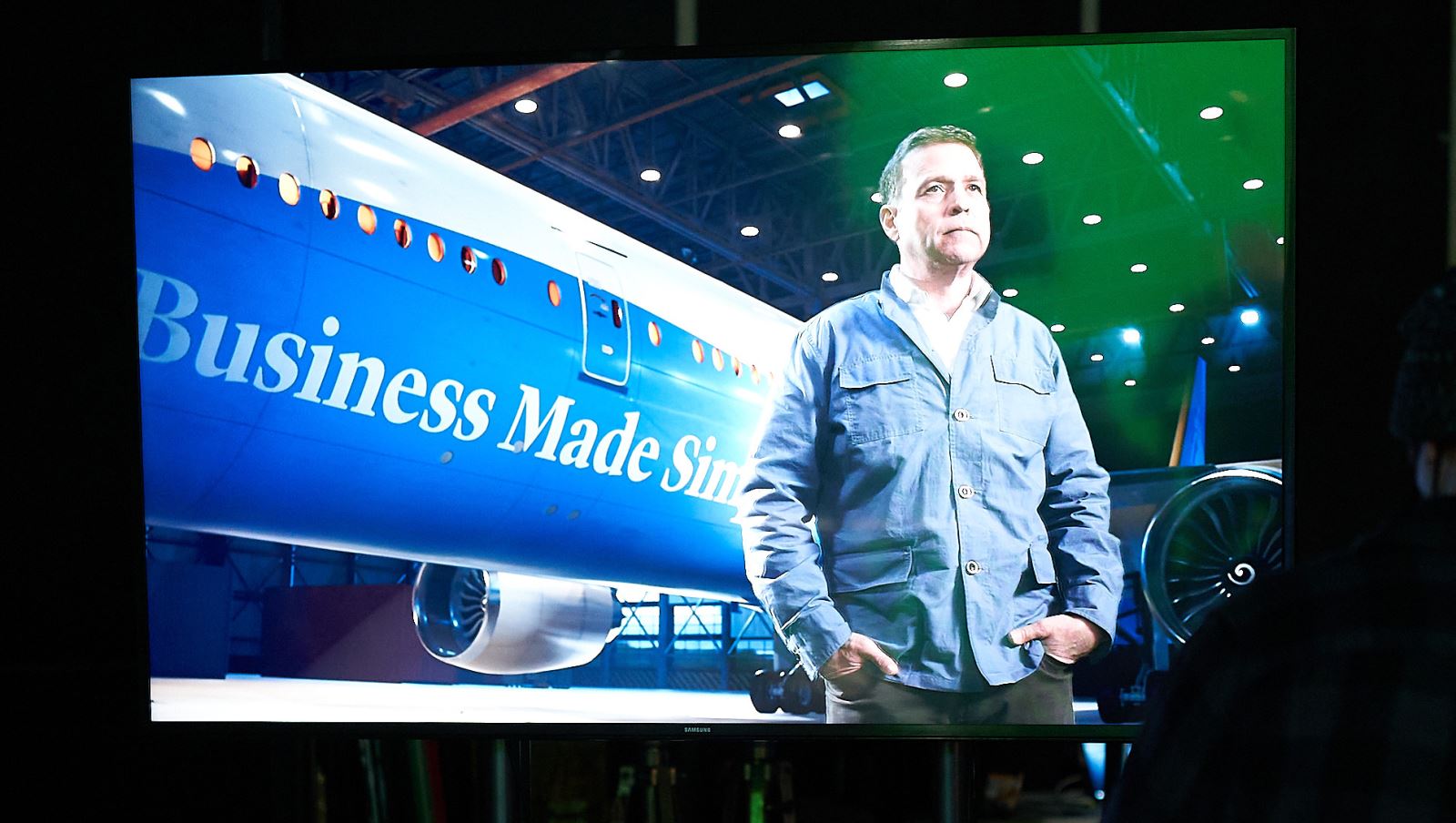 a management training course based around the analogy that every business should run like an airplane, so a plane in a hangar was chosen for the video concept.

Renting and preparing an aircraft for shooting inside a hangar would have been expensive and impractical, so Papertown proposed shooting the speaker against a green screen and creating the plane, hangar and other items in CGI. This is where Mo-Sys Onset VP Services came in to play bringing in the virtual production expertise required. 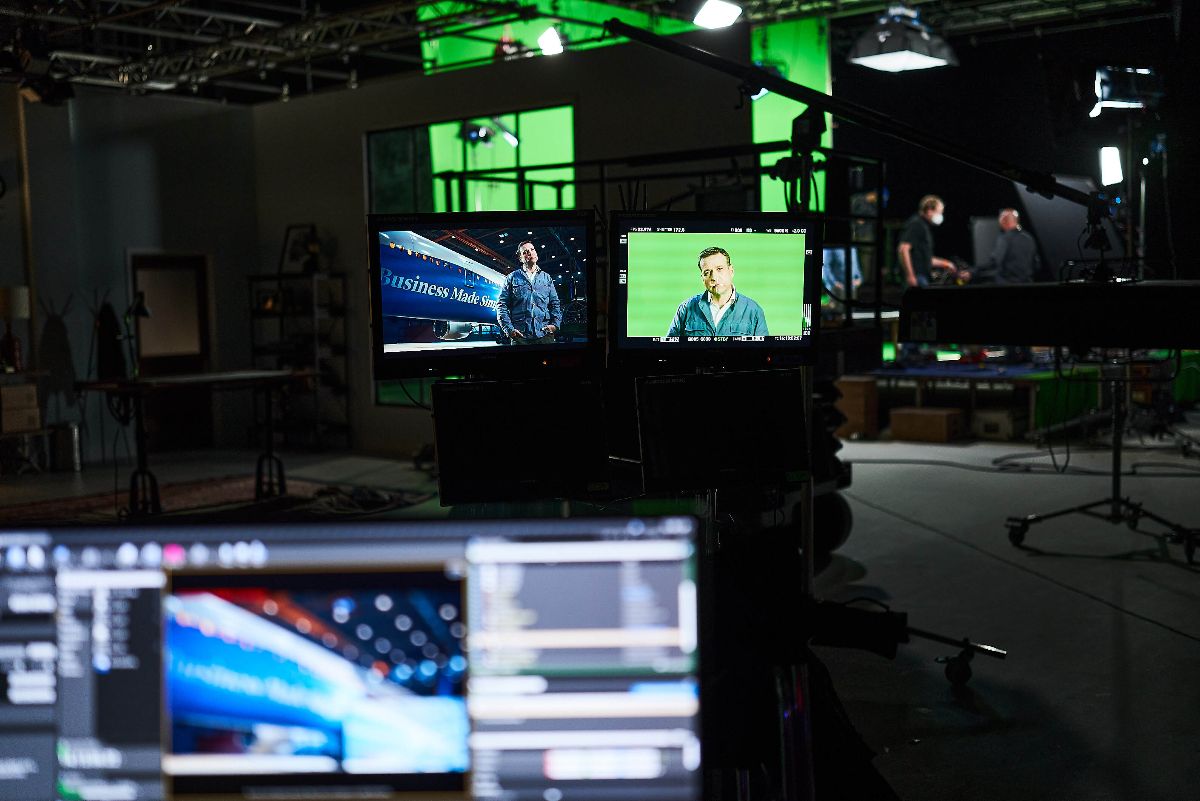 this new way of filming, the Mo-Sys Onset VP Services team were able to help Papertown set up a virtual production studio to merge the CGI and real-world elements together. This arrangement enabled Papertown to focus on imaging and storytelling without the time-drain of organizing their own virtual production workflow or needing advanced knowledge of the latest technology. 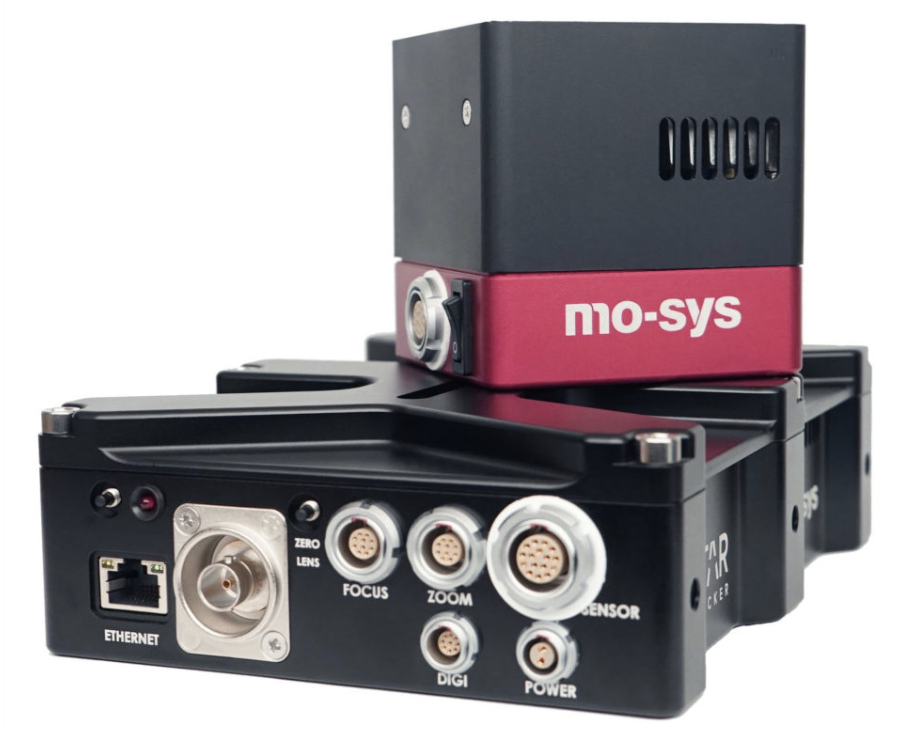 Using StarTracker’s ability to lock the virtual graphics to the real world, not only could the cinematographer frame each shot easily because the composite image was available in the viewfinder, but the production team were able to record the finished output, eliminating the need for time-consuming post-production compositing. In fact, Papertown was able to shoot the entire three hour video series, and dozens of terabytes of premium cinematic footage in just two studio days.

“We had no experience of Mo-Sys products before this shoot, but we had all the support we needed to quickly put our creative to work,” said Papertown founder and Executive Creative Director Julian Smith. “Being able to use StarTracker, VP Pro and Unreal together extended an insane amount of value to our clients. It took our photo-real CGI to a whole new level. This is a game changer. Papertown is always pushing the boundaries with new ideas and technology and we are grateful to have partnered with a team like Mo-Sys that does the same.”

“Whether for television, movies or corporate, producers are looking for the highest possible quality at the maximum productivity. Shooting final pixel like this is a tremendous boost. But it can only realistically be done with precision camera and lens tracking, real-time compositing, and a virtual production operator who is familiar with the Unreal Engine." 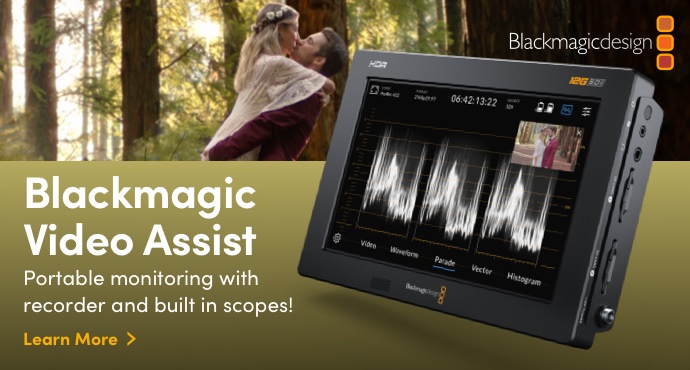