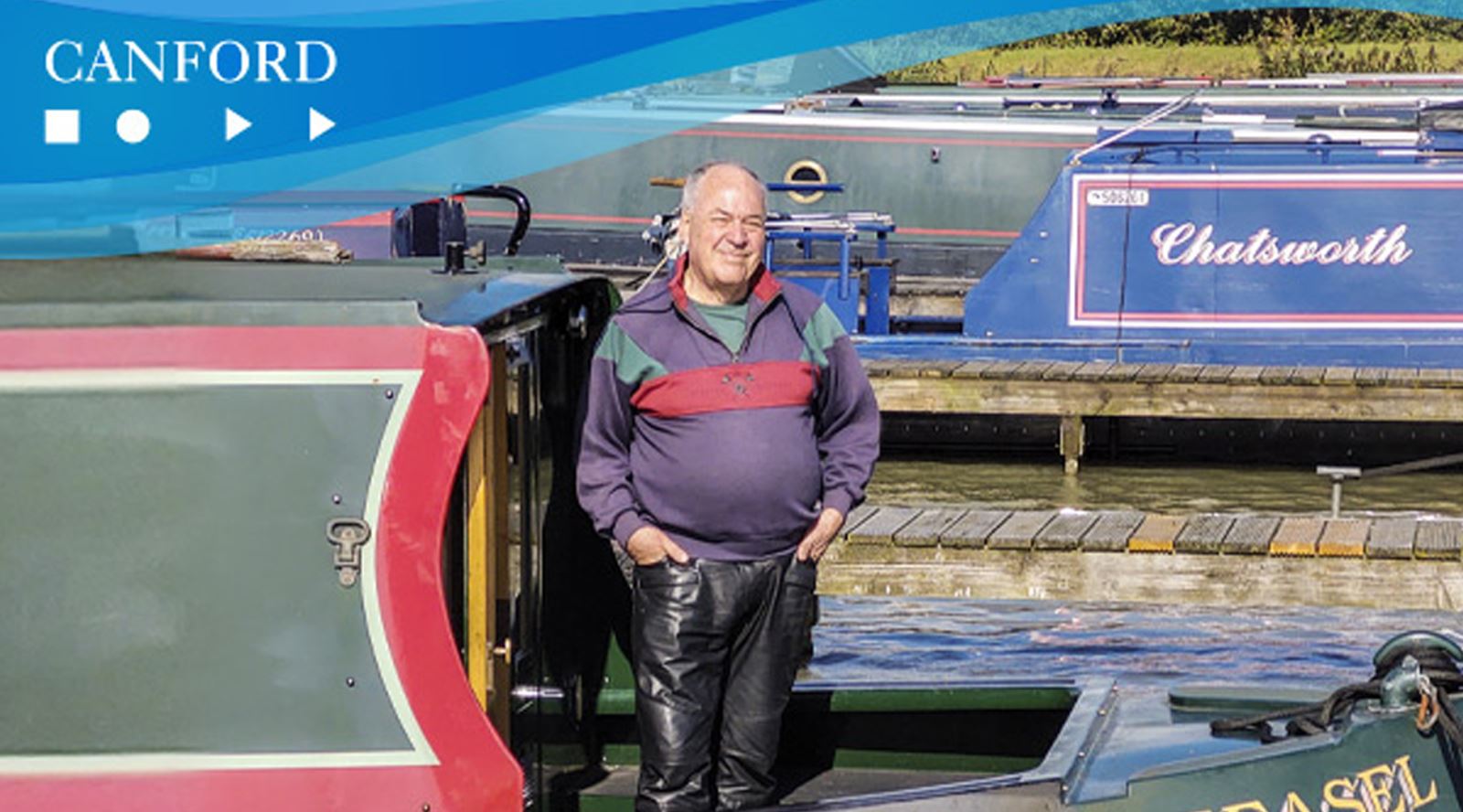 I am writing to the Canford family, our customers, suppliers and industry friends to share the sad news of Iain’s death. The team here knew that he was suffering from cancer, but the speed of its progression shocked all of us – including Iain himself – and he died at his home in Longhorsley, Northumberland, at about 4 am on Wednesday 29 December.

Iain was a man with many interests, and he pursued all of them with passion and attention to detail. I think I must have first got to know him in about 1973 (so not quite 50 years) when we were students in Durham, meeting socially, and occasionally on industrial archaeology bus trips, organised by him. Iain’s interest in buses and trains manifested itself in that era as he formed a business called ‘Catch a Coach’ to get students to and from university more cheaply than the railways were offering; this successful business forced the railways to introduce new ticketing ideas.

After graduating in 1974, he put Metro Radio together on the site of the Metro shopping centre that later replaced it, but also started a small business called Canford Recordings, which he ran with Hugh Morgan Williams. In 1976 the idea of an audio ‘one-stop shop’ came to him, and Canford Audio was born, with its first premises in Ryton. Early on, I used to visit Iain for supper once a year and put the accounts together on the kitchen table afterwards, but growth was rapid and the accounting requirements quickly became more sophisticated. Canford Audio became a limited company in August 1978.

Iain has been Canford’s guiding force for most of the last 45 years, but he was away from the company for nine months from September 1999 – and was applauded by all the staff when he made his return to the factory in June 2000. He knew everybody; his management style was to go round talking to people. His knowledge of ‘products’ can scarcely have been rivalled in the industry and he maintained excellent relations with key customers and suppliers. 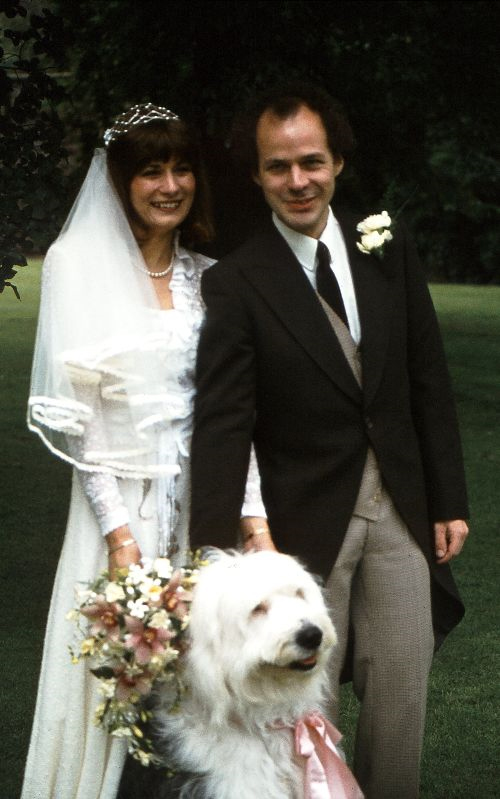 Iain's passions were by no means confined to business. He and Liz bought a 15th century pele tower in 1997 and he threw himself into its restoration and, subsequently, into managing a large garden – his vegetable plantings were meticulously documented. Iain and Liz engaged totally with the community, and Iain has been chairman of the Parish Council for many years.

Iain and Liz both loved Old English Sheepdogs (Dulux Dogs if your memory goes back to 1961). When they were wed, in 1982, it was evident from the start that there were three of them in the marriage - Liz, Iain and Dylan (right).

Iain was a good cook, a connoisseur of wine and a generous host. Membership of the Northumbrian Wine and Food Society has been an important part of Iain and Liz's life. 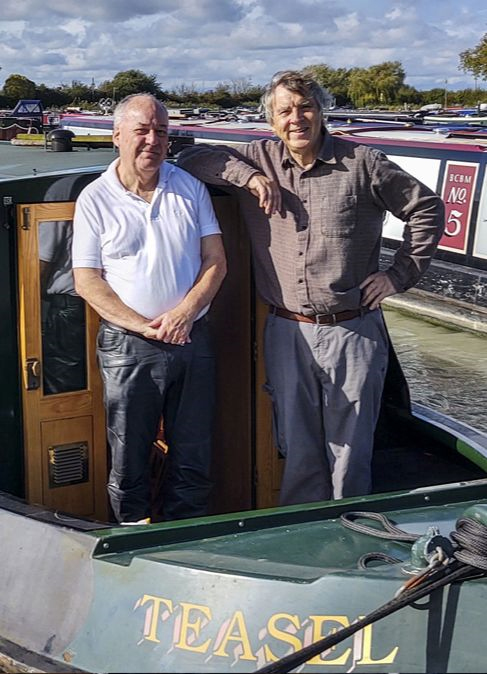 Iain's interests in transport extended to inland waterways and narrowboats, and for 26 years he and Liz owned a narrowboat called Teasel (a pet name for one of the dogs, an ardent boating enthusiast). My wife Sharon and I joined them on a number of voyages; the most recent trip was at the end of September last. The boat was due to be sold – a new one was on order – so we bid a fond farewell to it and emptied it thoroughly on 3 October, when the photograph on the left was taken. Iain had been on good form for this last boat trip, but his vision was affected by two strokes over the next few days, marking the point at which his illness began to take its toll.

As the years went by, we all realised that we could not go on running Canford for ever; we needed a succession plan. In February 2019 he and I visited our Newcastle auditors, UNW, to consider what options were available. We did not want to sell the business to another company, since we were afraid of losing all that makes Canford unique. We preferred the idea of selling it to an Employee Ownership Trust (EOT) and pursued this, concluding the sale in December 2019. As a result, the business is now owned and managed for the benefit of present and future employees.

We had the confidence to do this because we knew that we would be leaving the company in capable hands. That time has come sooner than expected but we have confidence in the management team. The pandemic has brought out the best in the Canford staff over the past two years. Iain will be sadly missed, but he was proud to know that his legacy will survive him.

Nothing needs to change at Canford as a result of Iain's passing. A number of staff members have become directors of the company in the past year, including Deputy CEO Alan Wilson, who is now Acting CEO. I fully share Iain's own confidence in the board and the management team. Canford has just come to the end of an outstandingly successful trading year, despite the pandemic, and that team will continue to lead the company from strength to strength.

Iain’s funeral will be a small affair on 7 January, with just a few of us at the graveside. There will be a memorial event at a later date, with some of Iain's favourite music, and the Canford family will be able to participate.