Diyarbakir journalist to be honoured at Rory Peck Awards 2016 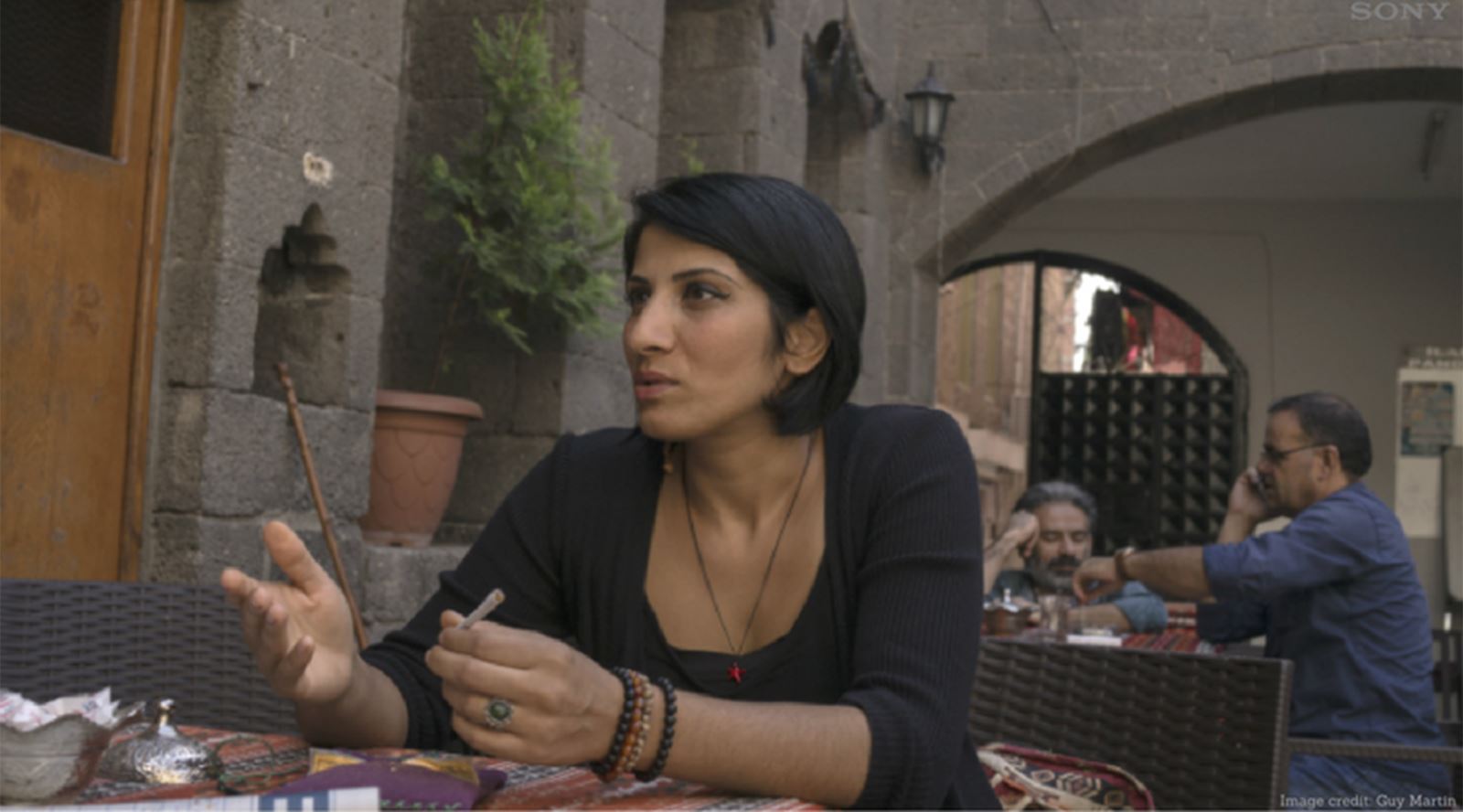 Angel İstek Alcu, a fixer from the Kurdish southeast region of Turkey, has been announced as the recipient of this year's Martin Adler Prize.

The Martin Adler Prize is sponsored by Hexagon, a global leader in information technologies for geospatial and industrial enterprise applications. It recognises local freelance journalists for their outstanding contributions to international newsgathering and will be presented at the Rory Peck Awards ceremony on Wednesday 7 December.

Angel İstek Alcu is the first woman to receive the Martin Adler Prize. She is regarded by visiting journalists as one of the region’s most trusted and knowledgeable fixers.

She lives and works in Diyarbakir, the centre of an escalating, but largely unreported, war between the Turkish government and Kurdish insurgents. It is a difficult and dangerous place for both local and international journalists to report from. The city has seen hundreds killed and thousands displaced because of fighting.

Angel has worked across television, radio, print and photography, helping to get stories out of Diyarbakir and surrounding areas.

"She knows everyone in the city, which corners to turn around and which ones to stay away from, switching from Turkish to Kurdish in a nanosecond depending on the people we are speaking to and where," says Panos photographer Guy Martin, who has worked regularly with Angel over the last few years. "Diyarbakir is a city with barricades, a labyrinth of narrow alleyways. Angel has not only kept us safe, she has also been a reassuring presence to the many Kurdish residents that have been forcibly displaced from the fighting in urban areas of the city."

Politiken’s Istanbul correspondent, Martin Selsøe Sørensen, says Angel has an extraordinary talent for connecting with sources on difficult and deeply politicized stories, making them feel comfortable to speak about uncomfortable issues. "Combined with her ability to see through all sorts of propaganda, scout for cases and understand journalism, she’s one of the best fixers I’ve worked with over 15 years and one I continuously return to," he says.

Swedish Radio’s foreign news editor, Katja Magnusson, says it is Angel's determination to thoroughly cover a story from all angles and perspectives that makes her so impressive. "She is a brave person, and I have seen her defending independent journalism in front of friends and acquaintances who wanted her to direct stories in a certain way or attacked her verbally for just doing her job," says Magnusson. "She carefully avoids propaganda from all sides and always tries hard to make the voices of women and children heard."

"Turkey, and particularly the southeast Kurdish region, is a complex and layered story to try and tell," Martin says. "Angel clearly understands and embraces the complexity of the region, and I know that every time I work with her, we are not only getting an incredible story, but a unique and nuanced point of view."

The Rory Peck Awards, sponsored by Sony Professional, will be presented by Julie Etchingham of ITV News at Ten and CNN’s Clarissa Ward, on Wednesday 7 December at London's BFI Southbank. Now in their 21st year, the awards uniquely celebrate the work of freelance cameramen and camerawomen in news and current affairs worldwide.