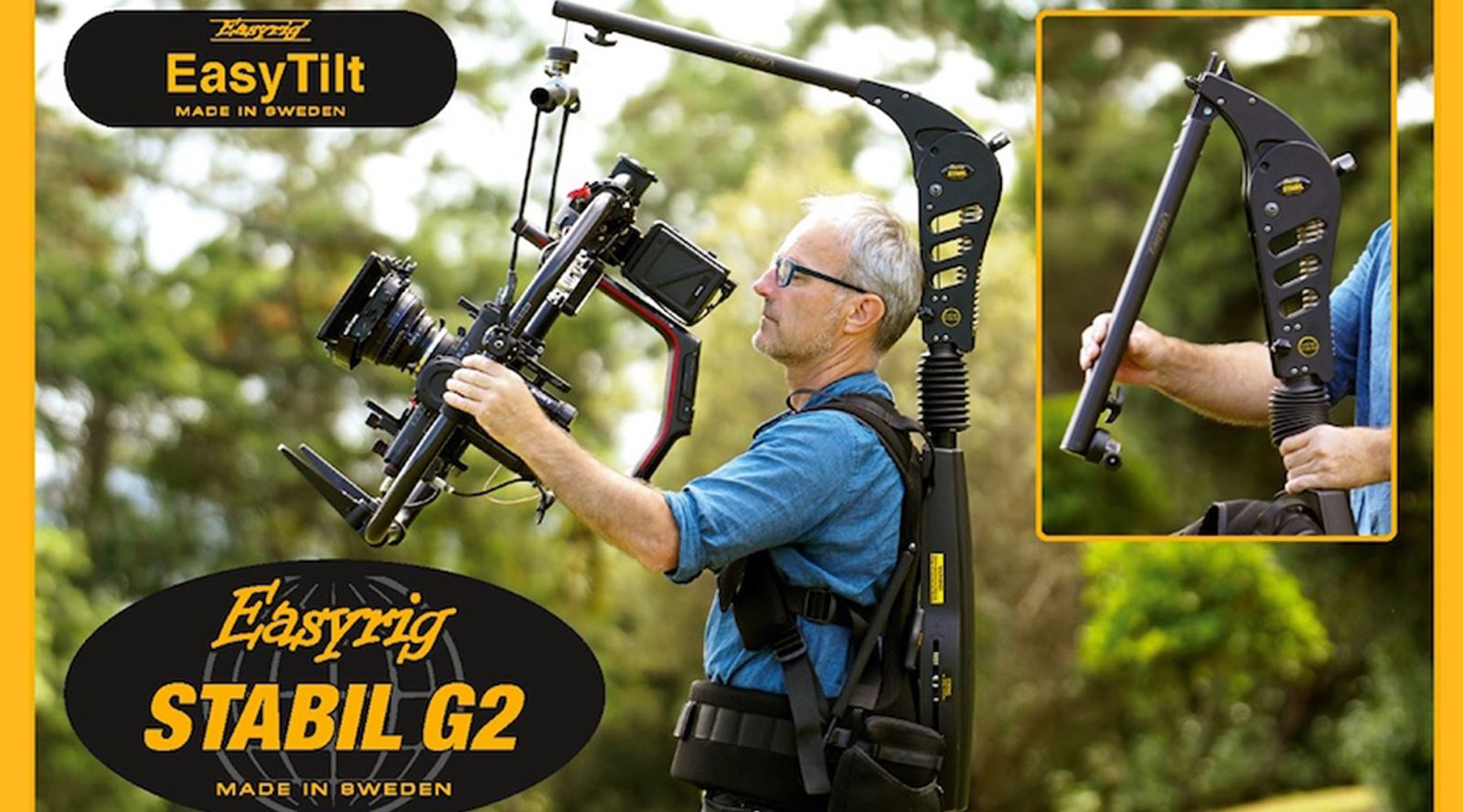 Swedish camera rig innovators Easyrig had planned to announce an exciting new product and a major upgrade for the STABIL rig at this year's NAB. However, as the show (along with all others at the moment) had to be postponed, the new products, EasyTilt and Stabil G2, have instead been released online. 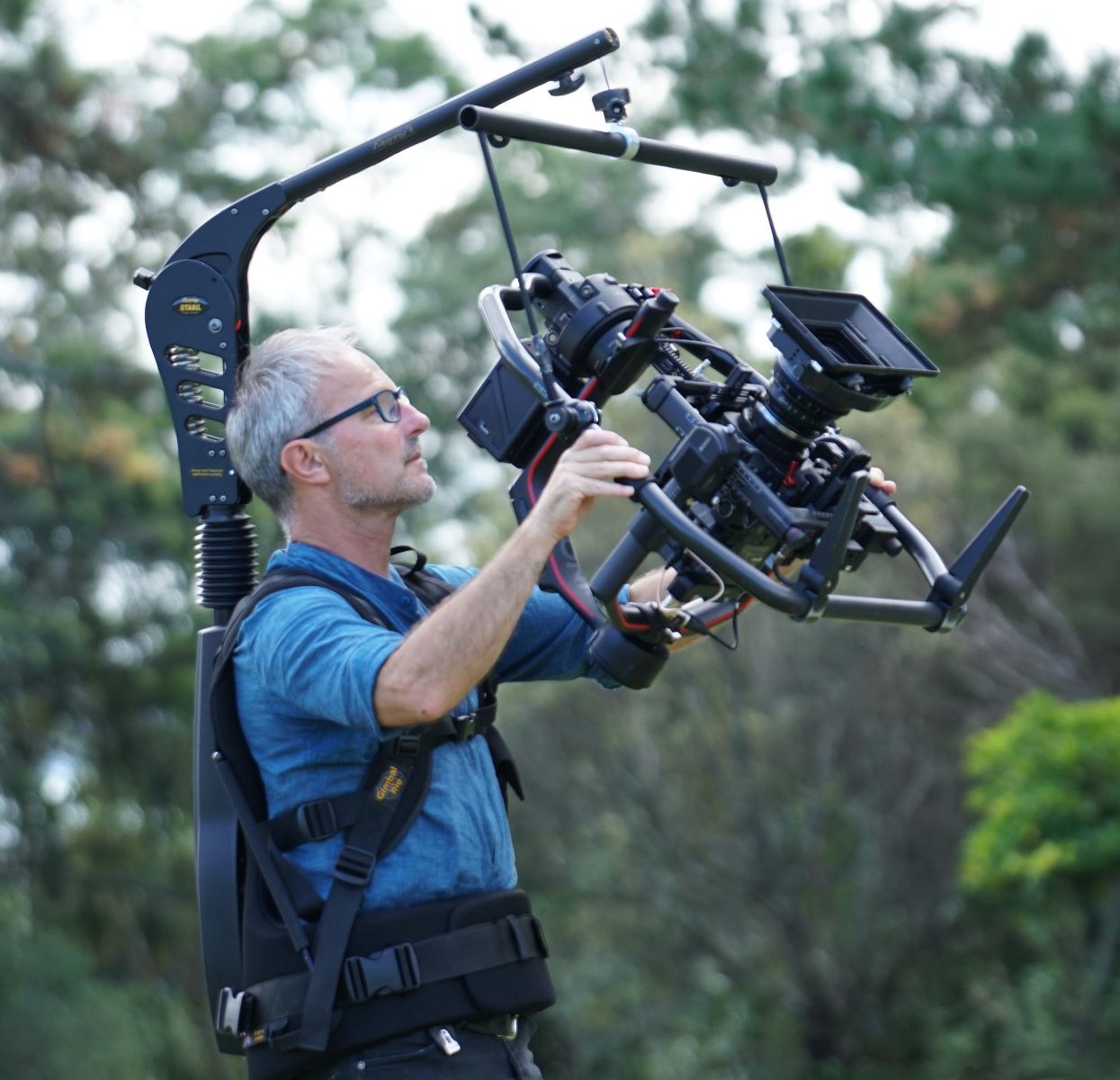 Easyrig had been wanting to develop something that would made it easier to tilt a gimbal with Easyrig ever since gimbals became a thing. In the end it took some encouragement from Easyrig ambassadors Justin Lovell from Canada and Niklas Johansson from Sweden to finally decide to make the EasyTilt.

The EasyTilt enables the user to tilt a gimbal with ease. It comes with a crossbar, ropes, spindles (for the gimbal) and a ring with a ball stud (for attaching EasyTilt to a Quick Release). It’s possible to use EasyTilt with the Standard Camera Hook as well.

The EasyTilt has improved the functionality of the Easyrig in conjunction with our R2 Ronin gimbal. Previously the Easyrig was difficult to tilt the camera up and down with because the pivot point was at the handle (top of the gimbal). That was one of the benefits of the Ready Rig – its ability to tilt up and down easily because of its side-mounted centre pivot point. The Ready Rig was not able to help with panning though because of its arm setup and also low mode was difficult to achieve comfortably. With the EasyTilt, I can achieve the same tilt action as the Ready Rig, plus the added benefit of still having pan functionality and dropping into low mode with ease. Combined with the STABIL arm to dampen the walking vertical stabilization, I have gotten far better results and am doing less fighting the tools and able to be more creative with them. For example, I can go from a leading shot to a profile shot with ease where I could not do that with a Ready Rig. I can also add another axis of movement with a tilt down or up as I do that move with... ease. 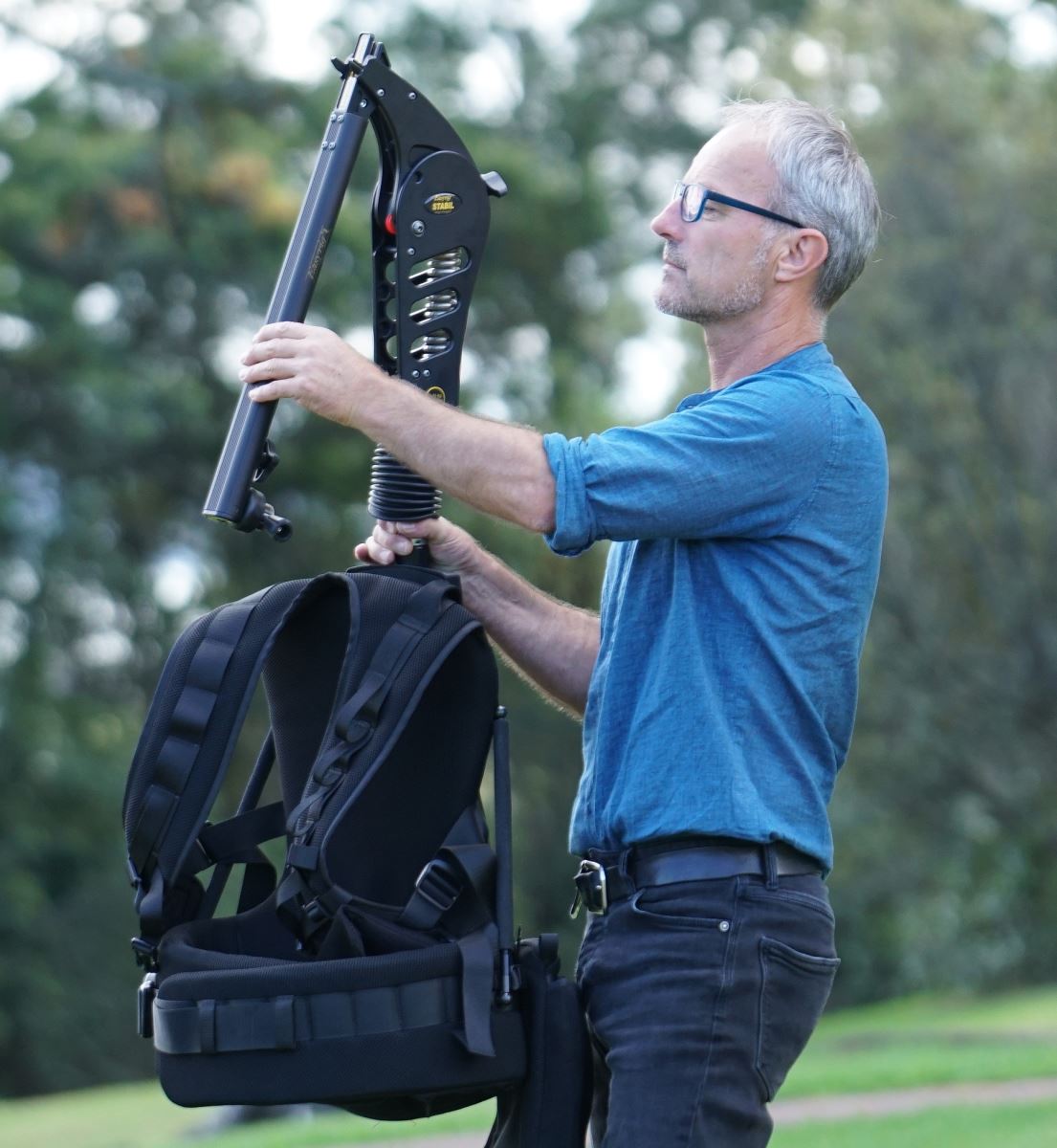 The STABIL has been upgraded and will be called STABIL G2 (Generation 2).

After the release of the 1st generation of STABIL, Easyrig listened to feedback from users. All the changes made to the STABIL result from comments from users. The Easyrig team greatly appreciate all the feedback they get on their products and invite users to carry on sending them any ideas for improvements.

Changes to the STABIL:

Easyrig products are available in the UK
from Production Gear: http://productiongear.co.uk