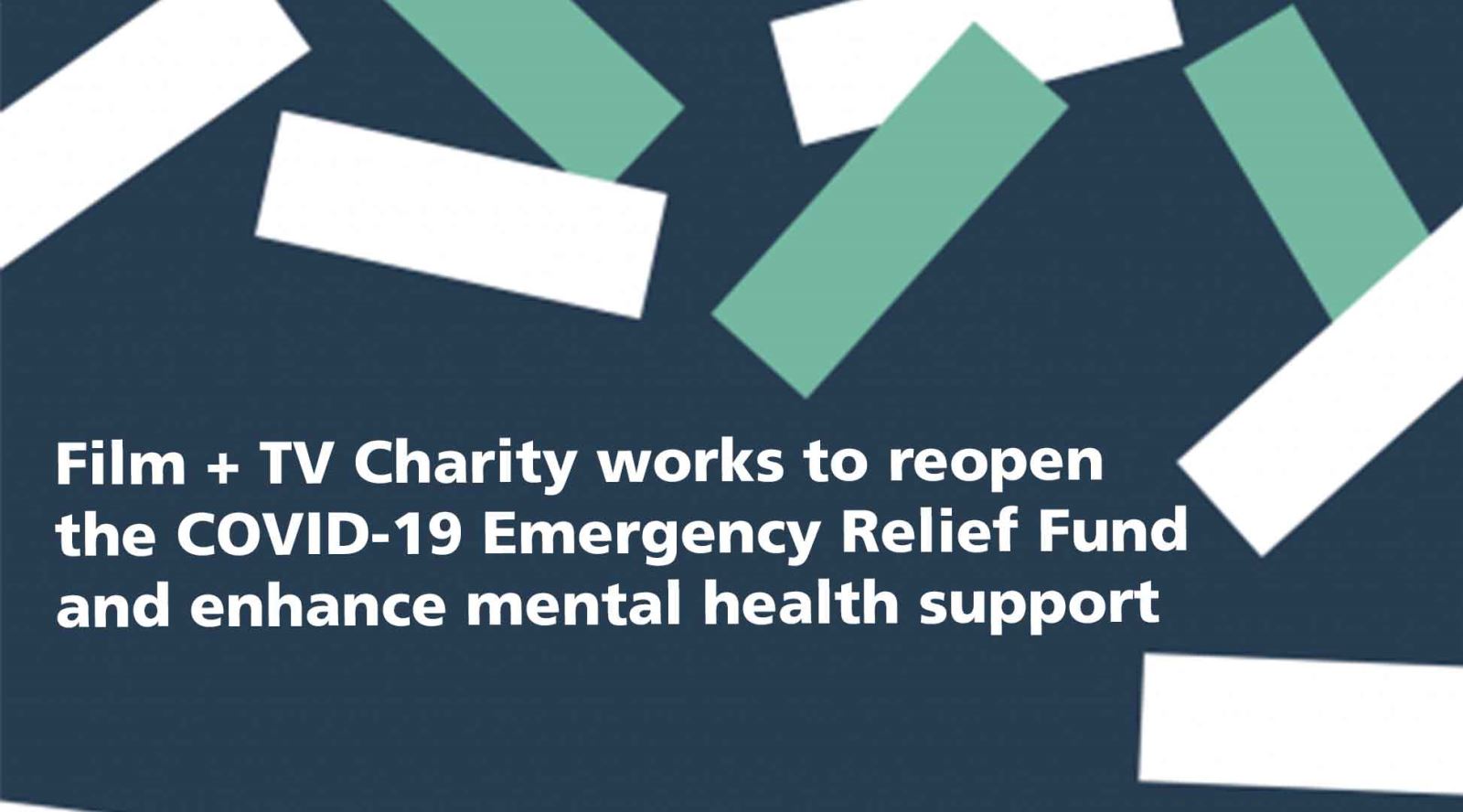 The Film and TV Charity is urgently appealing for donations to re-open the COVID-19 Film and TV Emergency Relief Fund, revealing that nearly 3000 people have applied for over £5m, exceeding the limits of the fund.

The fund will provide one-off grants from £500 to £2500 to active workers in film, TV and cinema facing significant financial hardship as a result of COVID-19.

The charity is now processing applications, which closed on 23 April, but warns that it will need to prioritise those most in need without further donations.

Since the start of the crisis, the charity has also distributed £140,000 via its long-standing Hardship Fund to nearly 400 people with stop-gap grants of up to £500 to cover essential living costs such as food and bills.

The charity has seen an increase in demand for its mental health services. Almost 1800 people have contacted the free, 24-hour Film and TV Support Line in the past six weeks – five times higher than average.

Resource from across the charity has been channelled into supporting the film and TV community during the crisis, seconding staff and redirecting existing funds into the COVID-19 response.

Alex Pumfrey, CEO of The Film and TV Charity, said:

“Coronavirus is having a devastating impact on our industry. People are out of work and desperately worried about their future. The charity has been able to take urgent steps but the number of applications and calls for help demonstrate the extraordinary need for financial support for freelancers.

We’re all part of a brilliant, successful and creative community that is now facing some of its toughest ever challenges. We’re hugely thankful to those who have already donated.

We need to do more. We’re urging people to help us to re-open these funds and extend our services to reach more of the most vulnerable in our industry.”

In March, as film and TV production shut down across the UK and cinemas closed, the freelance workforce lost its livelihood overnight. 93% are no longer working and many are struggling with little to no support from government schemes.
The Film and TV Charity responded rapidly to support an industry in shock, as production, business, cinemas and festivals shut down, immediately raising £3m for a new relief fund to support eligible workers and freelancers across the industry, in partnership with the BFI.

Having only recently released the findings from The Looking Glass research, which uncovered a mental health crisis in the industry, the charity is worried about the increased mental health risks during the pandemic, particularly for the freelance community who are not able to access company support structures.

In line with its Whole Picture Programme for better mental health, the charity has partnered with Mind and created tailored advice for the film and TV industry to help with common mental health concerns, available online.

New services available via the 24-hour Support Line are one-to-one video therapy; online CBT (cognitive behavioural therapy); and bereavement counselling. All of the services offered by the charity are open and accessible to the whole industry at no cost to individuals.

Individuals are able to support the fund here: