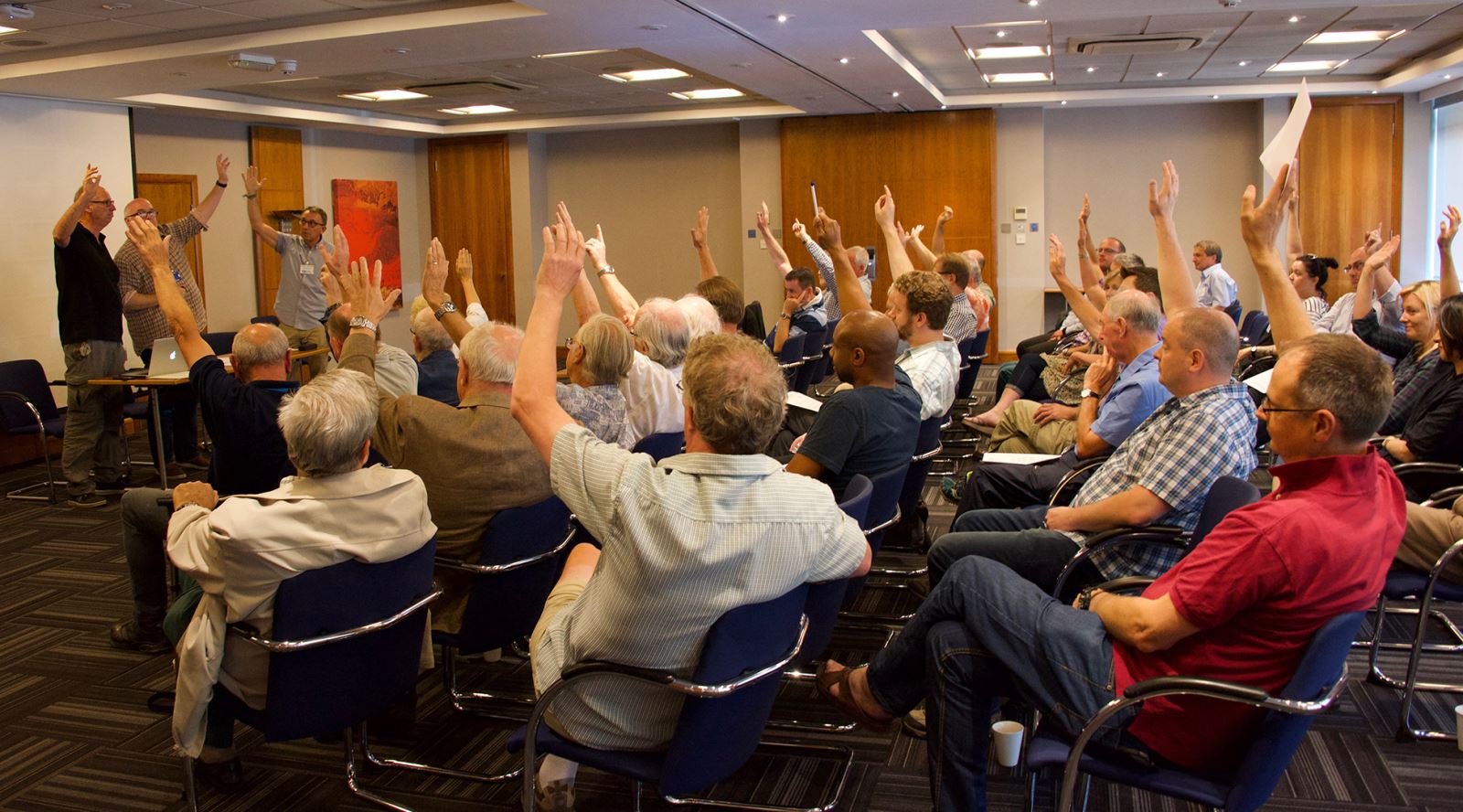 At the EGM today, 18 July 2017, the proposal to change the full name of the GTC to the Guild of Television Camera Professionals was passed with just 2 abstentions and no objections.

May I just take this opportunity firstly to thank all the Council members for their hard work on this process over the last 6 months and also to thank all the members who suggested names, voted on those names, took part in the discussions and turned up for the EGM where the motion was voted on.

The new name might not be to everyone’s liking but has been arrived at in a totally fair and democratic way with full involvement of all members at all times and now gives us the very important impetus we needed to carry on promoting the GTC in more and more places.

I’m positive that the name will very quickly become second nature and will help explain what GTC stands for. More importantly, as mentioned at the EGM, the new name is much more inclusive for all of our members.