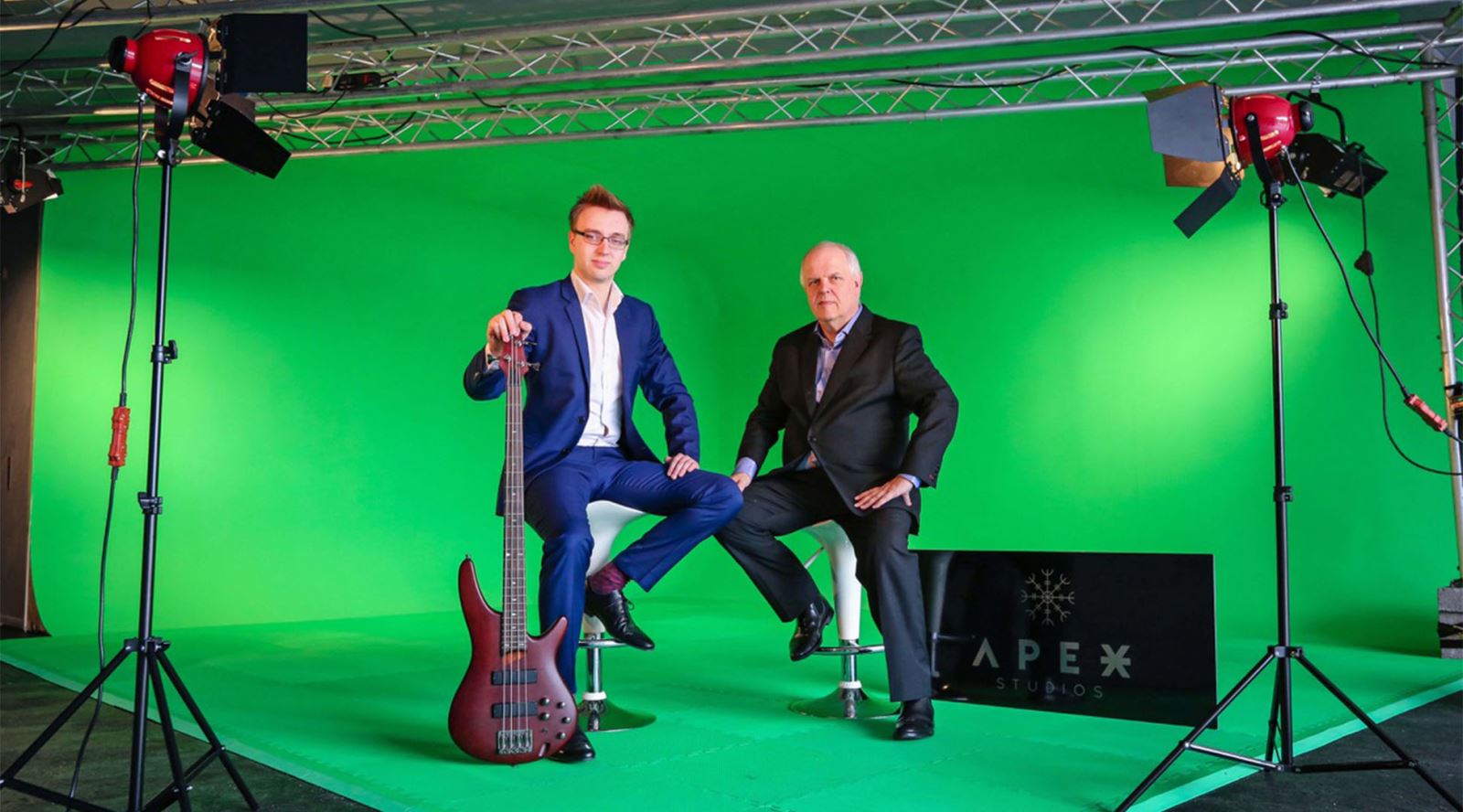 A young creative arts entrepreneur is bidding to put rural Hampshire on the map for cinema and TV special effects production.

Ben Joel, 21, has built a ‘green screen’ facility at his Apex Studios premises in the Meon Valley village of Droxford that he is confident will attract film companies out of London.

The former South Downs College student believes there is a clear gap in the market fuelled by the success of the British film industry.

Ben, who has worked as a health and safety runner on film sets and done ‘minor level’ stunt acting, said:

Film production in the UK has nearly tripled over the last 10 years and London studios offering green screens for digital overlays and CGIs are being block booked.

Disney alone has booked out Pinewood studios for the foreseeable future and the severe shortage of facilities means other film companies are suddenly having to look at smaller spaces elsewhere.

People I know in the film industry have confirmed the supply of green screen studios is not keeping up with demand.

This is the first year we have seen companies calling up their regular studios and being told they can’t book for six weeks as usual, they can only have a week and a half. It’s just not enough time, putting enormous pressure and stress on crews.

At just 65 miles from central London, Droxford is within easy reach and we have purpose-built a space that can certainly compete with established facilities in the market.

“It’s great to have that vote of confidence,” said Ben, who has supplied health and safety services for stunts on hospital drama Casualty, Dr Who and the Welsh thriller series Keeping Faith, among other programmes. “We have been meticulous in learning everything we can about green screen technology and rolling that knowledge into making the facility the best it can be.

As well as targeting small to mid-size cinema and TV work, Ben expects the green screen to appeal to independent and student film and video makers, as well as advertising production companies.

It will also be ideal for business clients making corporate videos for employee induction, staff training and other purposes.

Still photography is a further application with scope for use in commercial shoots, for example, in the fashion industry.

Apex Studios is located at The Old Hambledon Racecourse Centre, part of the Wallops Wood rural business park near Droxford.

“It took just one month from signing the green screen contract to going operational thanks to the input of a huge number of people.”

The screen is launching just four months after Ben, a keen musician, opened a recording studio and two rehearsal suites at the Centre.

“Interest is growing in our music facilities too,” he said. “We’ve already had repeat business from three bands who came in to practise and record.”

Ben is being helped in the Apex Studios venture by his father David, President of Hampshire Chamber of Commerce and long-time lead vocalist and guitarist in the rock and roll covers outfit King Mojo and the Flashbacks.

“Needless to say we’ve been in there ourselves practising, jamming and doing test runs,” said Ben.