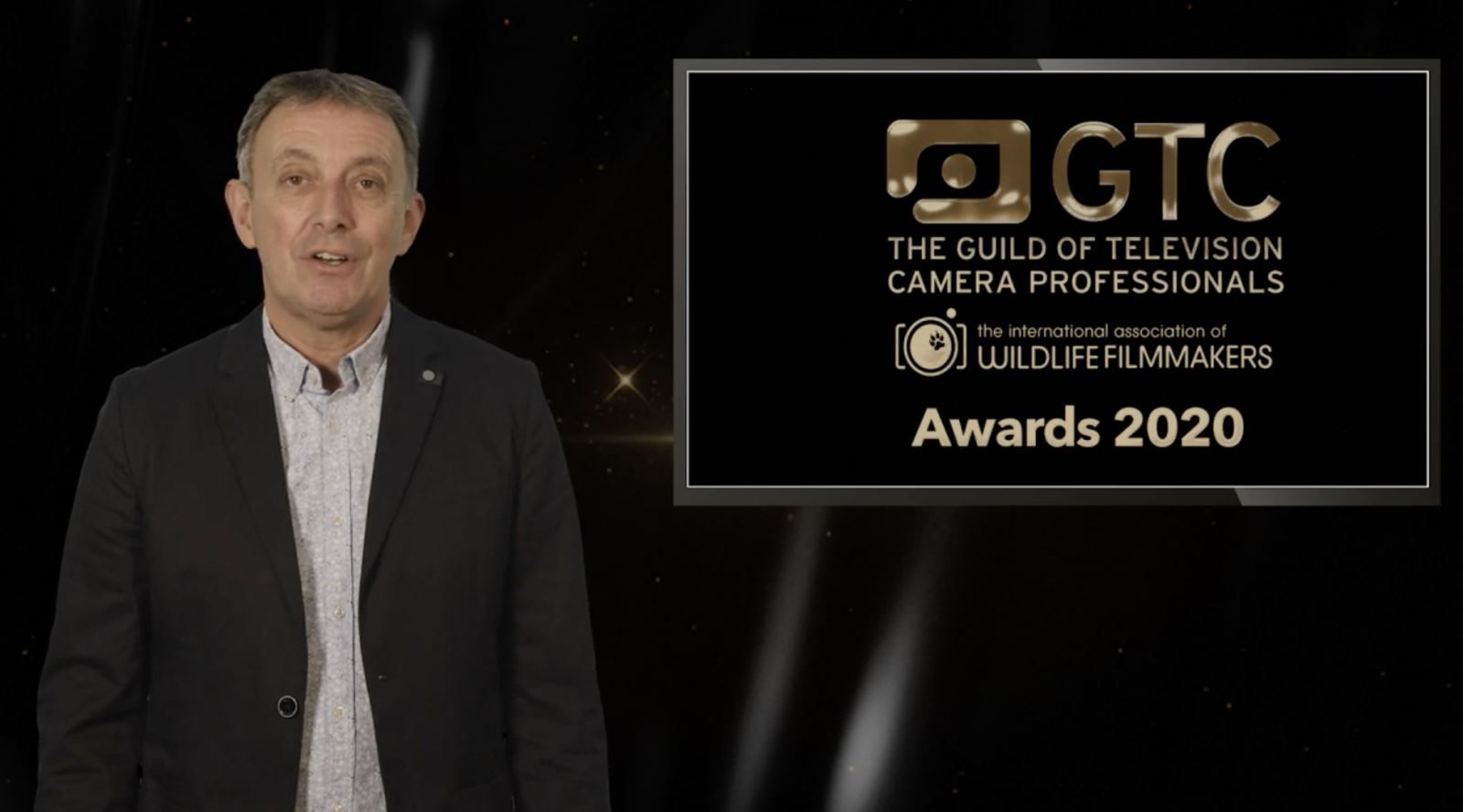 This year, due to the pandemic, we sadly couldn't hold our in-person AGM and Awards presentation day, which is usually a highlight of the GTC calendar. So, this year, the GTC Awards were for the first time presented online on Sunday 6 December. We were excited to take this opportunity also to present our student awards, the Bill Vinten GTC University Awards at the same time.

Graham started the evening by introducing the unusual circumstances of the event:

"Good evening everyone and welcome to a very different and slightly unusual 2020 GTC and IAWF Awards evening where, for the first time, we are incorporating the GTC Bill Vinten Student Awards.

This is the fourth year that I’ve had the honour of hosting the awards and it’s certainly the most convenient location so far – although I have to say that the camera equipment on display here looks a little outdated and the range of activities on offer today has been much more limited!"

He went on to summarise what the GTC has achieved this year despite the challenges of COVID-19:

After Graham's summary of the year, it was time to start the celebration of the people and programmes that have won awards.

Many congratulations to the University of York and to all our student winners this year – and the best of luck to all of them as they join our industry and pursue their goals.

This year there are several people the GTC wanted to honour in a different way.

Next, Graham introduced this year's GTC Seal of Approval:

"None of us would be able to do justice to our craft without the equipment we use on a daily basis (... or slightly less often at the moment!).

Throughout the industry we all have our own favourite cameras, lenses, tripods, lights and a hundred and one other little bits and pieces that you amass over the years and that become invaluable to you.

Each year at the GTC, we acknowledge the products that have become ‘game-changers’ by awarding them our very own ‘Seal of Approval’. To be awarded this, the product must have been around for at least a year and have received a nomination from a GTC member. The Council then ask for opinions from other members and eventually vote on the products nominated."

This year we are very happy to announce that the Vitec Group have been awarded a GTC Seal of Approval for its Flowtech tripod. 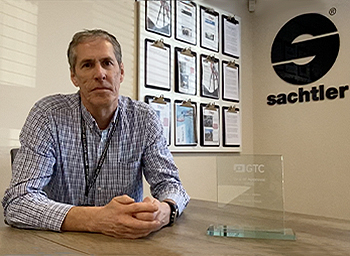 This year's winner of the GTC’s top award, the GTC Dick Hibberd Award (formerly the 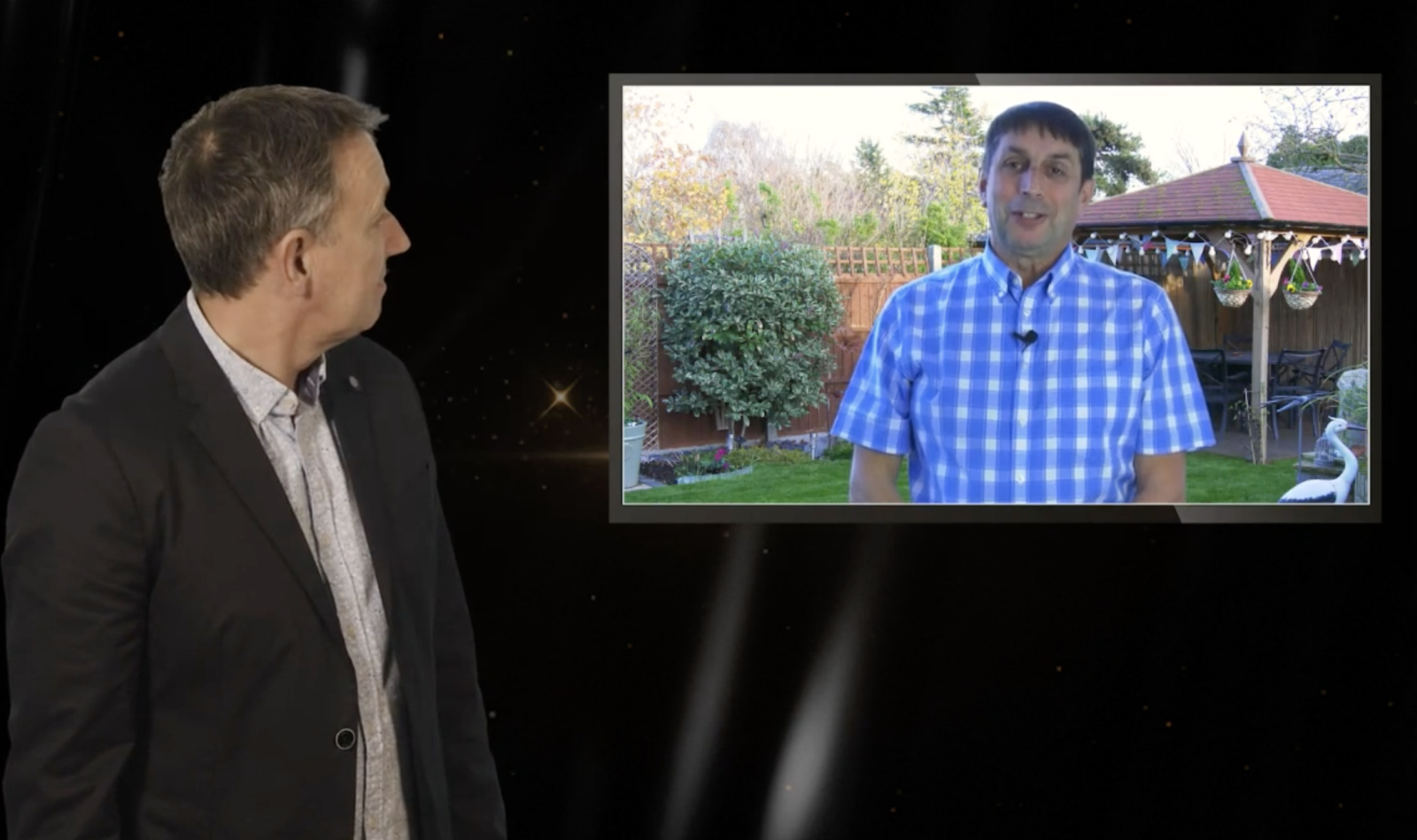 Television Cameraman's Award or TiCA). The list of previous recipients of this award reads like a mini Who's Who of the television industry, so it's perhaps no surprise that this year's winner is someone who has already picked up an award this year, Camera Supervisor Nigel Saunders.

During his long career at the BBC the recipient steadily rose through the ranks, 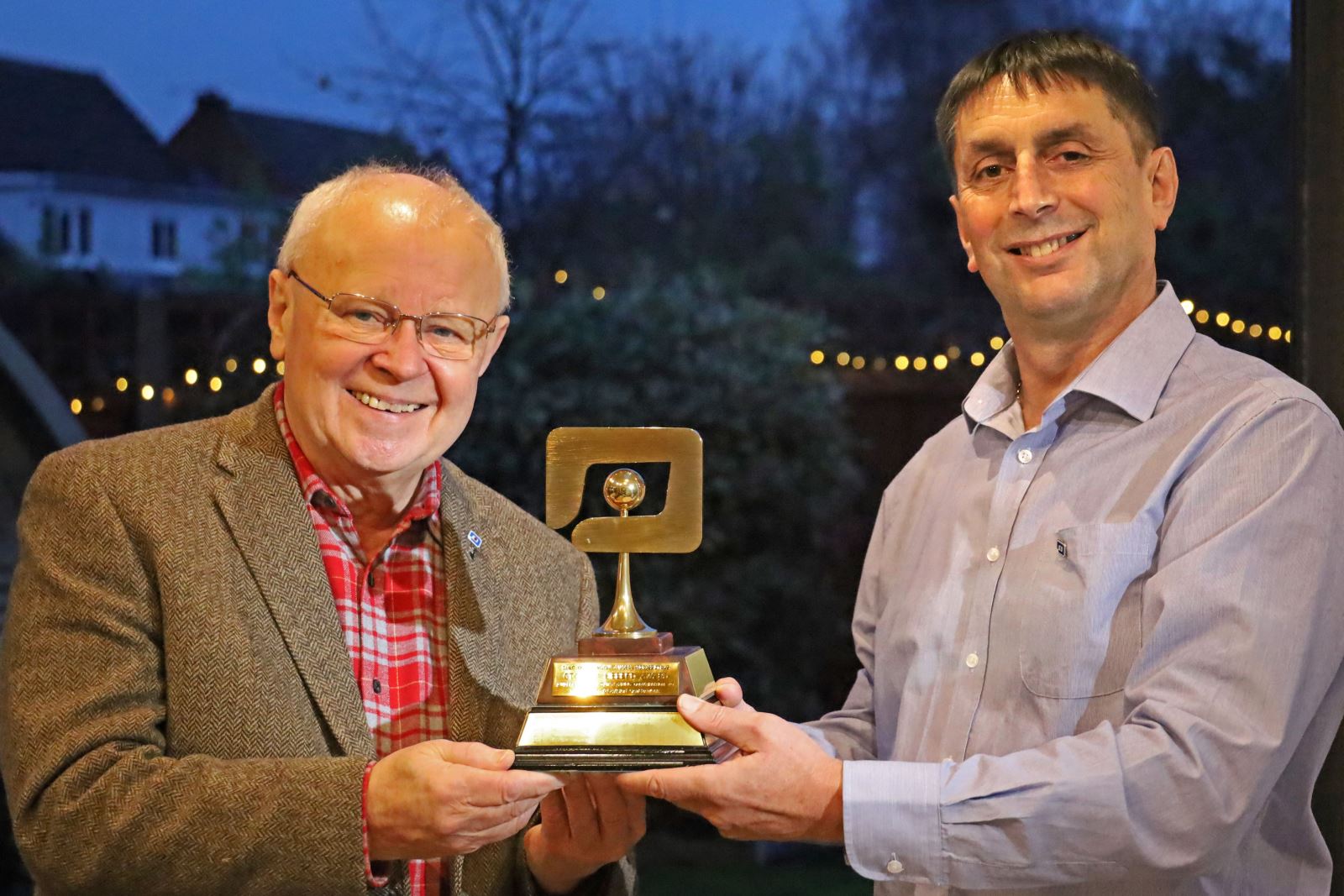 eventually becoming an indispensible 'go to' supervisor for so many directors and producers, while at the same time helping pass on his knowledge and skills to new entrants to television. He constantly adapted with the changes to the equipment being used and mastered all the new technology that came his way and in doing so he has positioned himself at the very top of our industry.

The Award was presented to Nigel Saunders by GTC President John Henshall under strict COVID-19 protocols (N.B. the photo above is an expertly Photoshopped 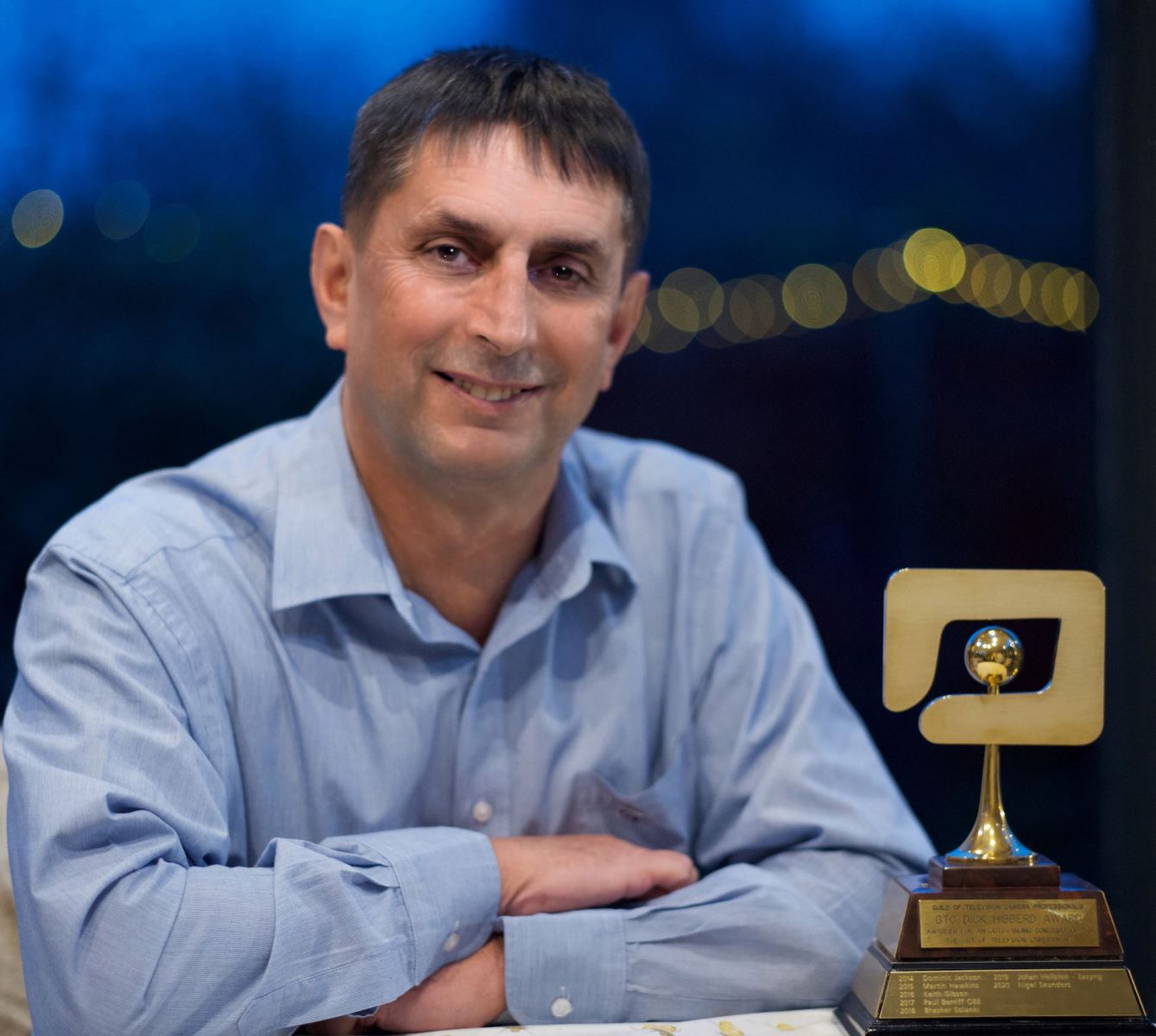 composite mockup to mark the occasion as we would have liked to present it in non-pandemic times).

In his acceptance speech, Nigel graciously thanked the GTC and all those who do so much to help run it.

Congratulations to Nigel from all at the GTC!

The GTC Awards organisers are very grateful to Media Flights for their generous support of the event.