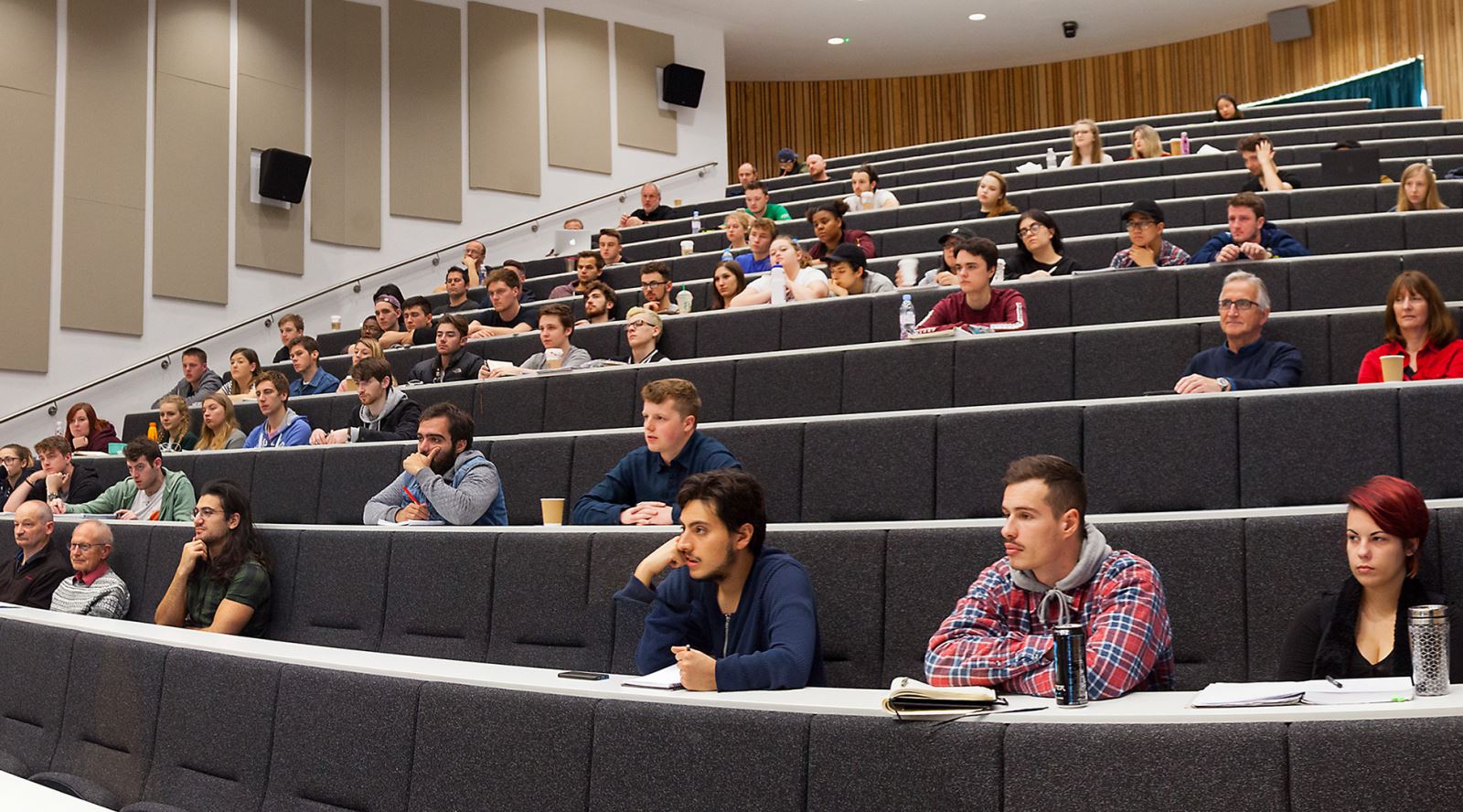 GTC Television Academy days are events organised by the GTC to give an opportunity for university students to hear from a variety of inspirational speakers.

In events so far, filming tips and guidance have been offered by GTC Chairman Graham Maunder, wildlife film-makers Graham Hatherley and Robin Smith, DoP Sarah Edwards and our youngest speaker, camera operator Jack Willis, who graduated from Ravensbourne in 2013. GTC President John Henshall and Education Officer Alan Duxbury have also given their views on lighting. Other topics regularly covered have included the cost of doing business, self-promotion and extra skills to help get employment.

Other specialist speakers have included:

Since the inaugural Academy at Bournemouth University in November 2017, GTC Television Academy days have been held at:

If you would be interested in hosting a GTC Television Academy day, please contact the GTC Education Officer.

I thought yesterday was a great event and I learned a lot about fields that I've not yet explored. I hope the GTC can put on more events like this, I thought you had a good mix of cameramen/women and the support we need through kit, the law and insurance.

Just wanted to echo my thanks for everything yesterday. I really enjoyed the day; great speakers and the chance to meet some of the GTC team. It definitely gave me some food for thought and the students seemed to take a lot from it too.

Had a great day at the GTC Television Academy event hosted at Bournemouth University. A great start to this new initiative by the GTC. Some very interesting talks! Particularly enjoyed Sarah Edwards (DoP) talk...very inspiring for students and in particular our future female camera professionals!

A really good day at Bournemouth University. Well organised, well presented and a friendly atmosphere. A big thank you to the GTC.

Great  event and very informative. I hope this is the first of many. Thank you to Alan, Graham and all the organisers and presenters.