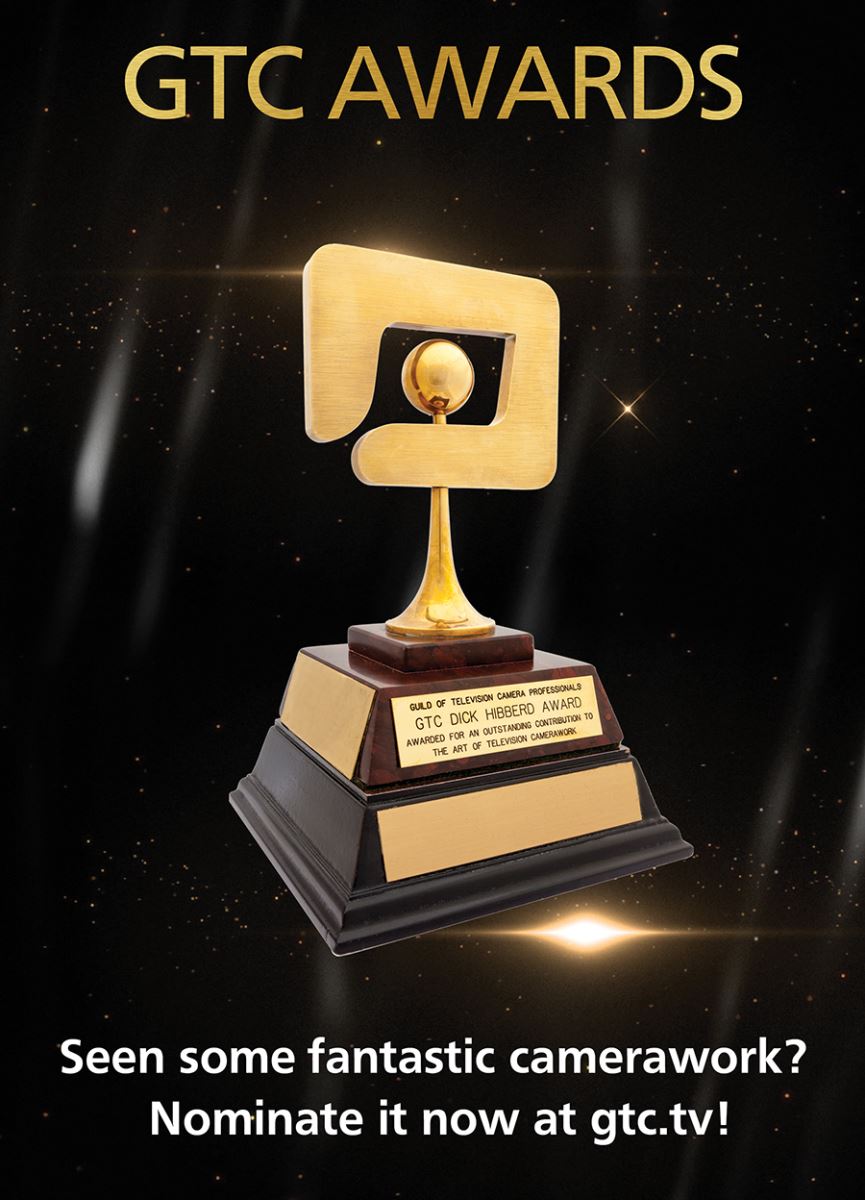 If you have seen an example of camerawork you think worthy of an award, nominate it now for the GTC Awards for Excellence 2023, (only GTC members may make nominations).

Make your nomination for the 2023 Awards

The nominated content must have been first shown between 1 January and 31 December 2022 and the closing date for nominations is 31 January 2023.

When nominating for Awards for Excellence, please give as much detail as you can, including, if possible, the name of the person credited.

These awards are given specifically for camerawork and not for the production as a whole. Where more than one camera credit is listed, please clearly indicate the specific episode, sequence or person you are nominating. It will help the Awards Committee if you can include information e.g. title, date, time, where seen, and any other details.

GTC members can also nominate for these GTC Awards: 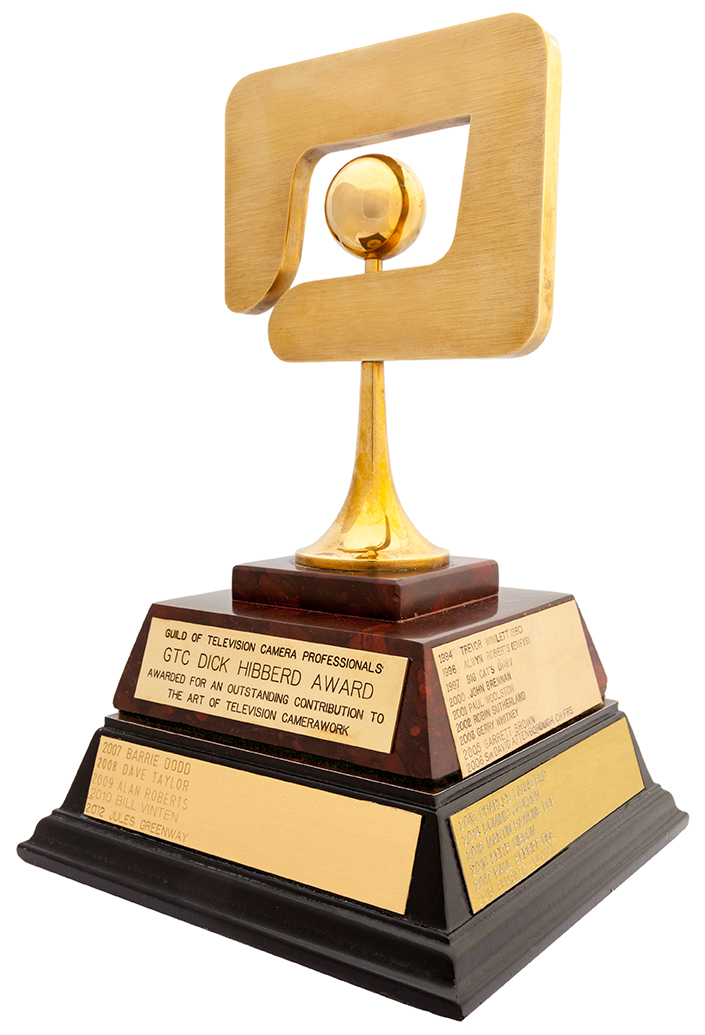 The GTC Dick Hibberd Award (formerly the TiCA) is awarded to an individual who, in the opinion of the Council, has furthered the cause of the GTC by fostering and improving the art and craft of television camera professionals over many years. Each nominator must explain in writing the reason for their nomination.

The Seal of Approval is awarded to a piece of equipment that has made an outstanding contribution to the art and craft of the television camera professionals. It should have been in use for a minimum period of one year before the date of the nomination.

Fellowship of the GTC, which includes free lifetime membership of the GTC, is granted to a GTC member who, in the opinion of the majority of the GTC Council, has 'served the GTC in an exceptional and exemplary manner'.

This award is given to a person who is not a member of the Council of the GTC and who has, in the opinion of the majority of the GTC Council, contributed to the GTC, to the industry or to the craft of camerawork. The nominee does not have to be a member of the GTC.

If you have any queries about the nomination process, please contact the
GTC Awards Officer, Hazel Palmer