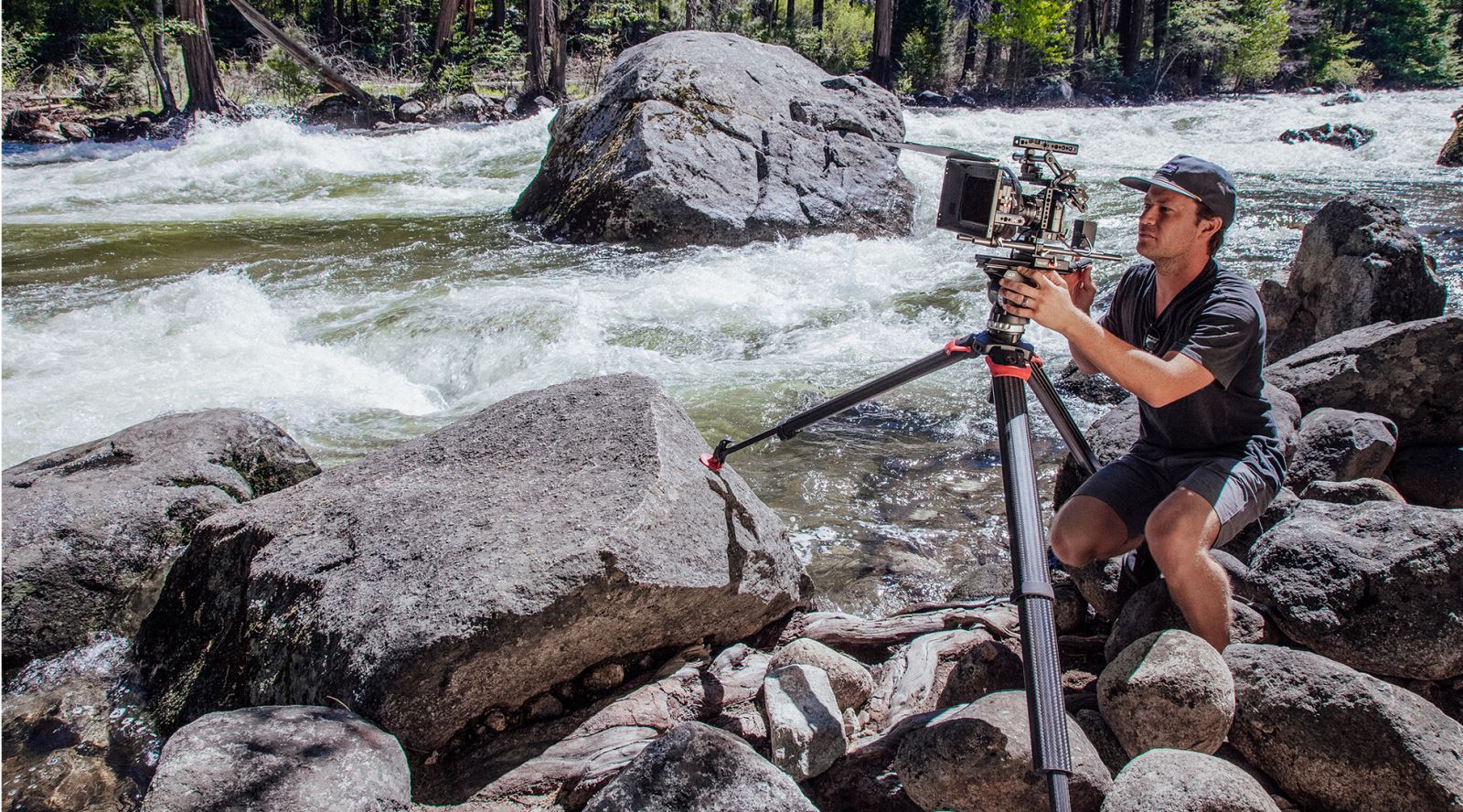 Sachtler and Vinten, both Vitec Group brands and global industry leaders in cam 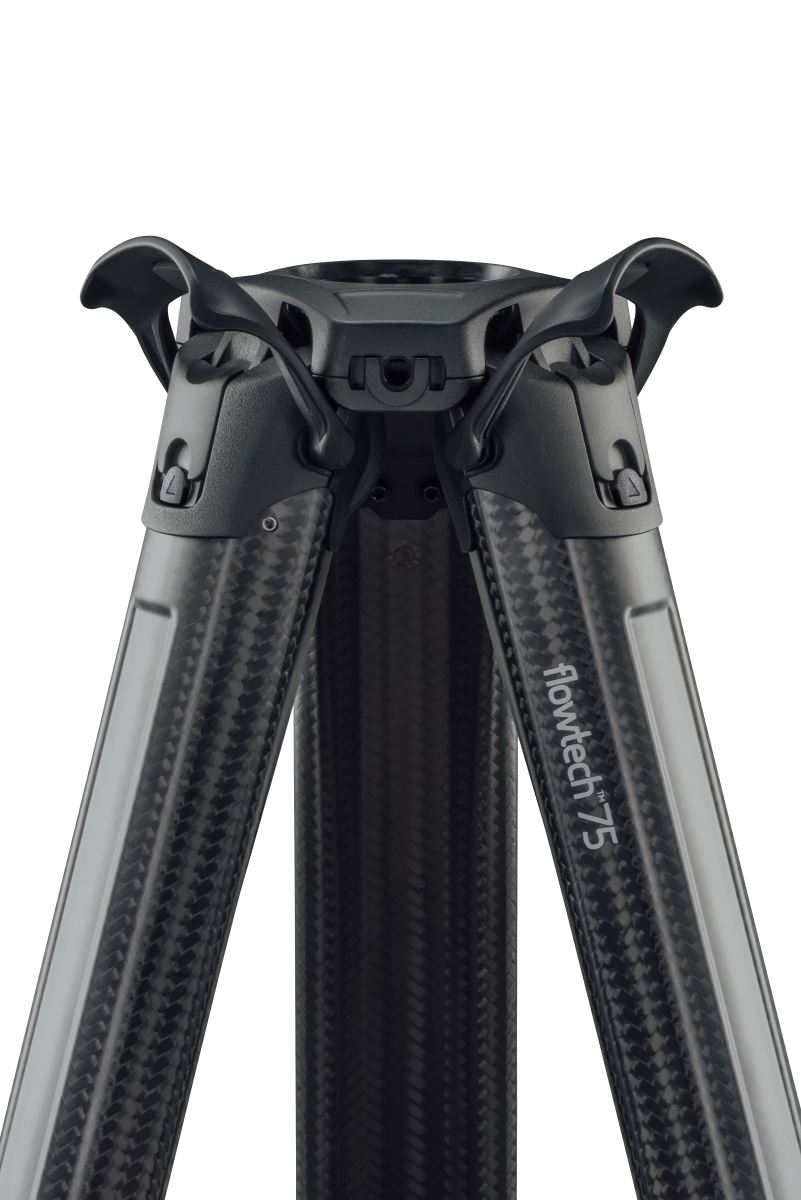 era supports for over 100 years, have introduced flowtech™ — an all-new camera tripod technology with unique quick release brakes and easy adjust levers that enable camera operators to set up and begin using the tripod in an instant. Sachtler and Vinten will showcase flowtech technology, with the flowtech 75 tripod, at IBC 2017.

“In the arctic, from atop mountains, on the beach or on the sea, flowtech has been used and tested in every single environment you can imagine. We believe it’s the next evolution in tripod technology, and it promises to transform the way camera operators work,” said Tobias Keuthen, Director of Global Product Marketing Management. “flowtech is the type of innovation that happens when two legendary brands from the broadcast, film, and video industries join forces.”

He added: “With the world’s fastest-deploying tripod legs, this fantastic carbon-fibre product combines the speed and portability of a Sachtler tripod with the torsional rigidity of a Vinten. It’s easier and faster to deploy and adjust than any other tripod, enabling our users to quickly capture the big shot and giving them the reliability and performance they expect from both of these market-leading companies.” 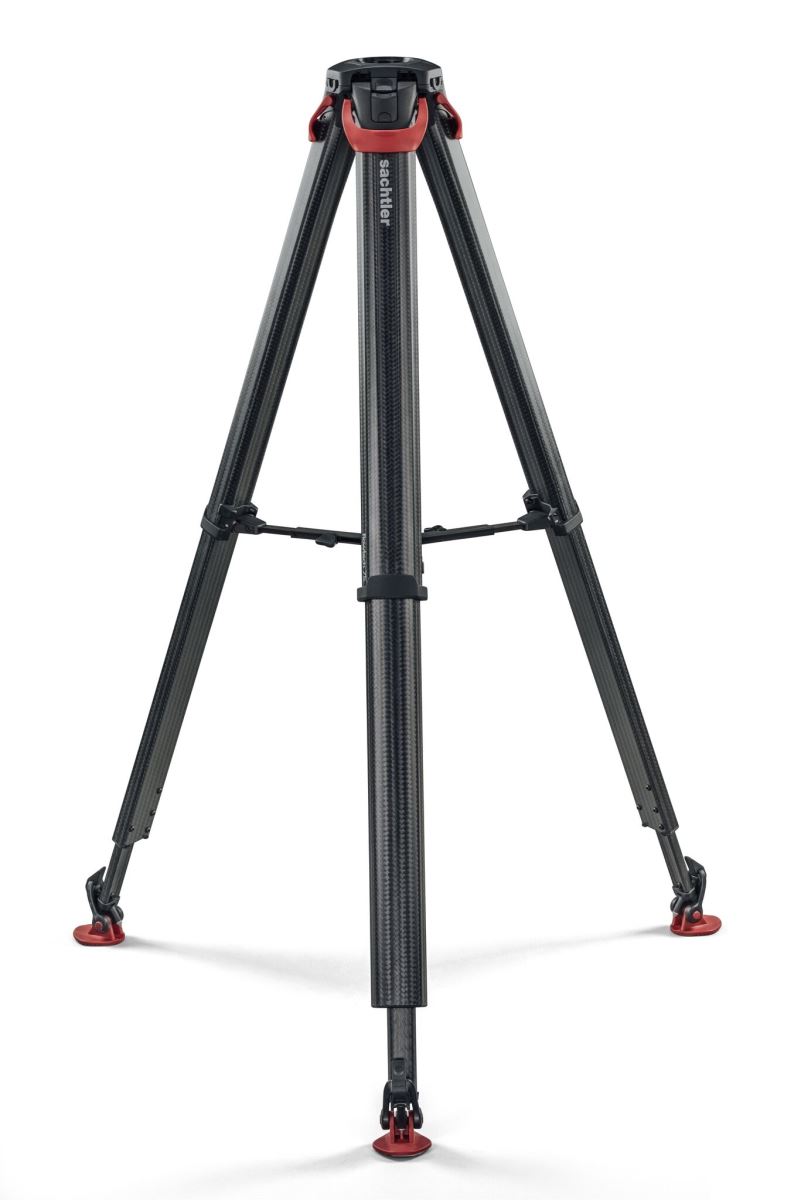 The flowtech design offers a set of two-stage carbon-fibre tripod legs with an easy-to-remove mid-level spreader, rubber feet, and a payload capacity of 20kg (44lb). Unique quick-release brakes located at the top of the tripod enable all of the legs to be deployed simultaneously and adjust automatically to the ground’s surface, eliminating the need for operators to bend over or manually adjust multiple brakes on each leg. Lightweight and easy to transport, flowtech 75 is specifically designed to be carried comfortably on the camera operator’s shoulder, with magnetic locks ensuring that the tripod legs are stable during transport.

flowtech 75 can be deployed as low as 26cm (10 inches) and as high as 153cm (60 inches) without the detachable spreader, and between 63cm (25 inches) to 157cm (62 inches) with the spreader. A unique hinge-lock mechanism allows users to capture extremely low, ground-level shots removing the need to bring a second set of 'baby legs' to each shoot. The exceptional torsional stiffness of flowtech ensures that the tripod will not twist during camera panning movements, an extremely important consideration in all motion picture productions.

“My first impression of flowtech 75 is that this is a revolutionary tripod,” said Luke Thomas, Los Angeles-based freelance cameraman and Sachtler ambassador. “Clearly, Sachtler and Vinten put a lot of thought into its design — they looked at the fundamental ways tripods are used and came up with a solution that will greatly improve camera operators’ workflows. It is unusual to see this amount of innovation in one tripod.”

To qualify flowtech’s performance, the tripod has been tested in the most punishing environments ranging from sludge and sand to extreme temperatures. After more than 30,000 lab-testing cycles, in which the tripod was repeatedly deployed, and 1½ million clamp operations on the test endurance rig, the companies determined that flowtech exceeded the stringent performance targets for both the Sachtler and Vinten brands.

“The tripod is often taken for granted, since the operator has more interaction with the camera and fluid head than with the legs supporting the gear,” said Karen Walker, Vice President of Product Management. “However, the tripod’s importance can’t be overstated; it’s often a major factor in an operator’s ability to set up for a shoot as quickly and efficiently as possible. With flowtech, we’ve thought of every detail of the camera operator’s workflow, and we’ve created a tripod solution that is far easier to use and more versatile than ever before.”

flowtech 75 is compatible with all major 75-mm fluid heads and is ideally suited for fluid heads from the Sachtler or Vinten product families. The tripod is an ideal companion for digital cinema cameras such as the Sony FS7, Blackmagic URSA Mini and the Canon C300 MKII.