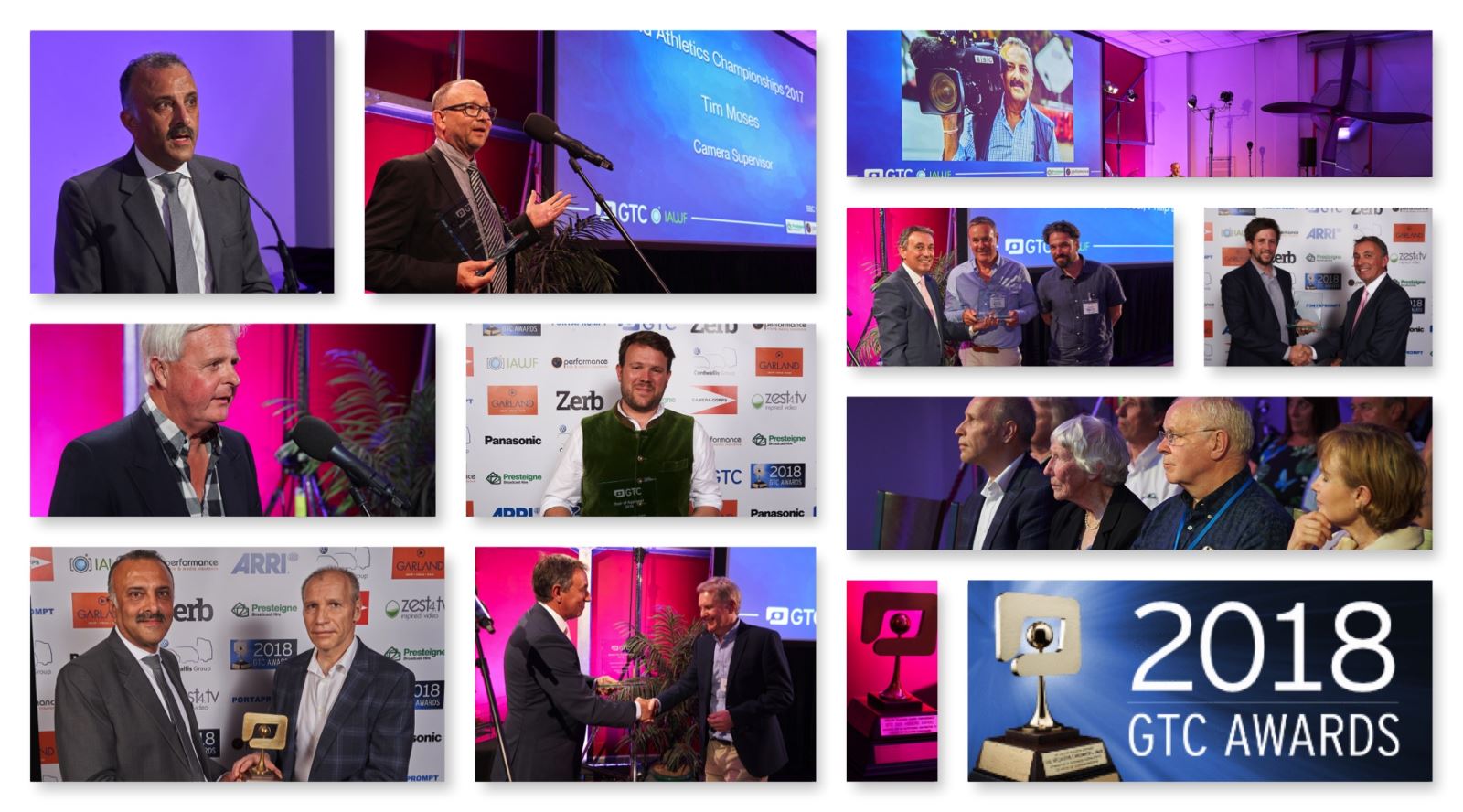 The GTC’s 2018 Awards were presented on Sunday 3 June at a new venue for the event, the Brooklands Museum, near Weybridge, Surrey.

The evening started with a fascinating keynote speech delivered (appropriately enough, given that many 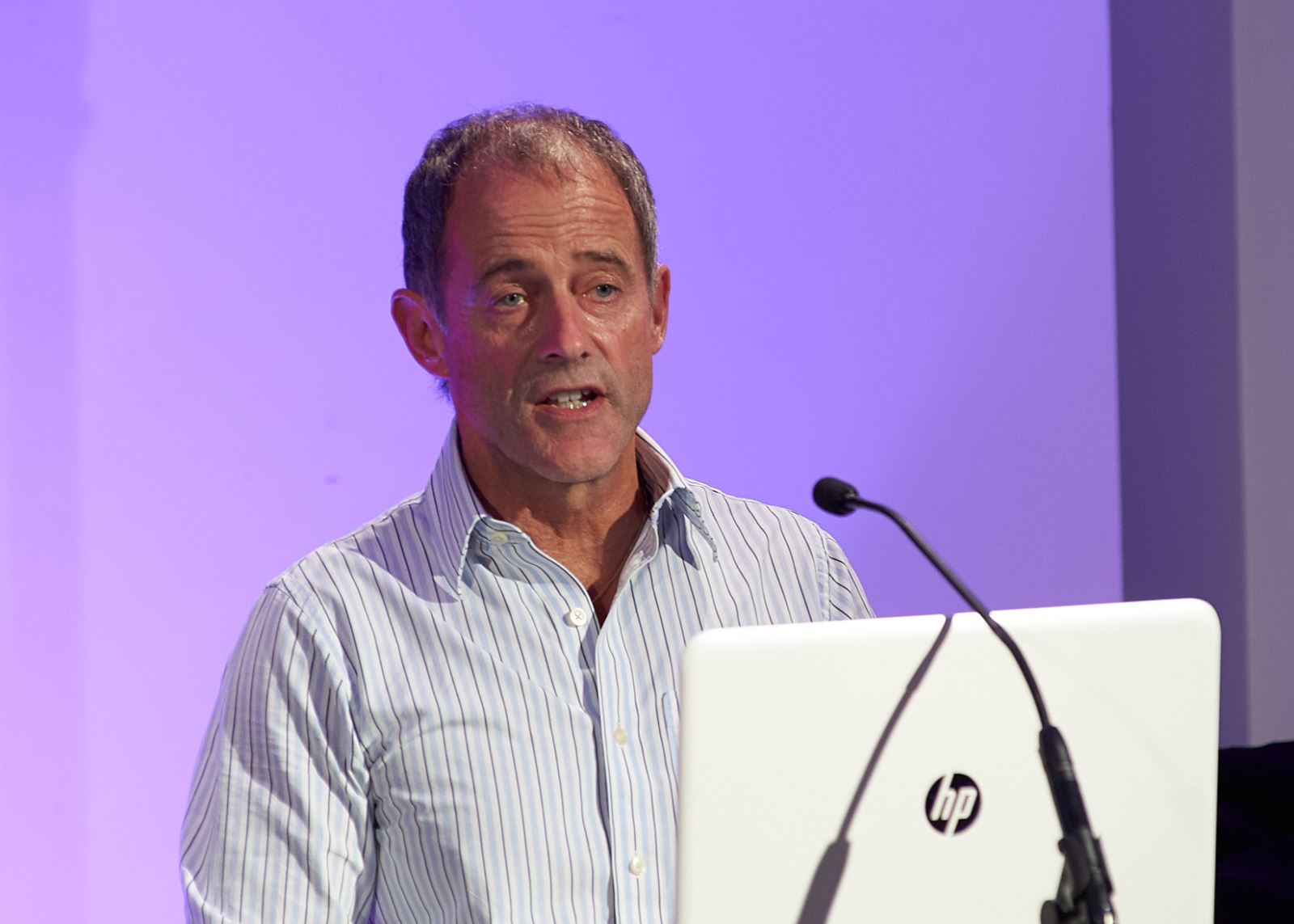 GTC members had just enjoyed the Brooklands ‘Concorde Experience’), by former Concorde pilot and current BA training captain John Tye. John was awarded the Mike Baldock Award by the GTC a few years ago for his work as a trustee for the children’s charity Dreamflight. The charity takes disabled children to Disneyland and, through John's work, many GTC members have been able to contribute (and also benefit from the experience) of travelling with a group to the US and making a video documentary of the trip for the individual children. 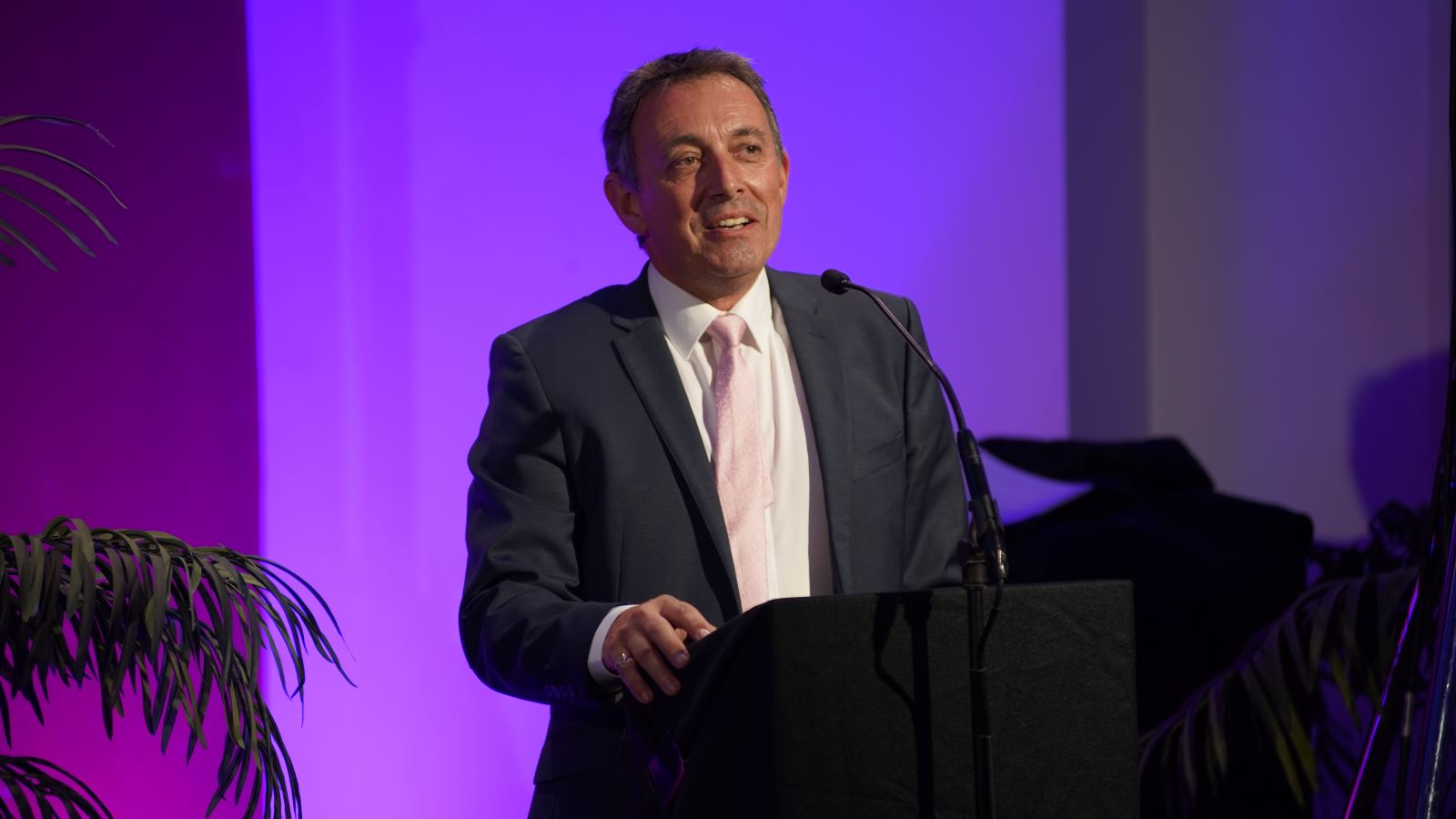 Next to take the stage was GTC Chair Graham Maunder who listed some of the recent progress the GTC has made during his first two years in the post, which he said he was very proud to have witnessed, including:

None of this could have been done without the hard work of GTC Council members, who demonstrated the willingness and determination to make the GTC ever more relevant and inclusive for all those working with TV cameras. 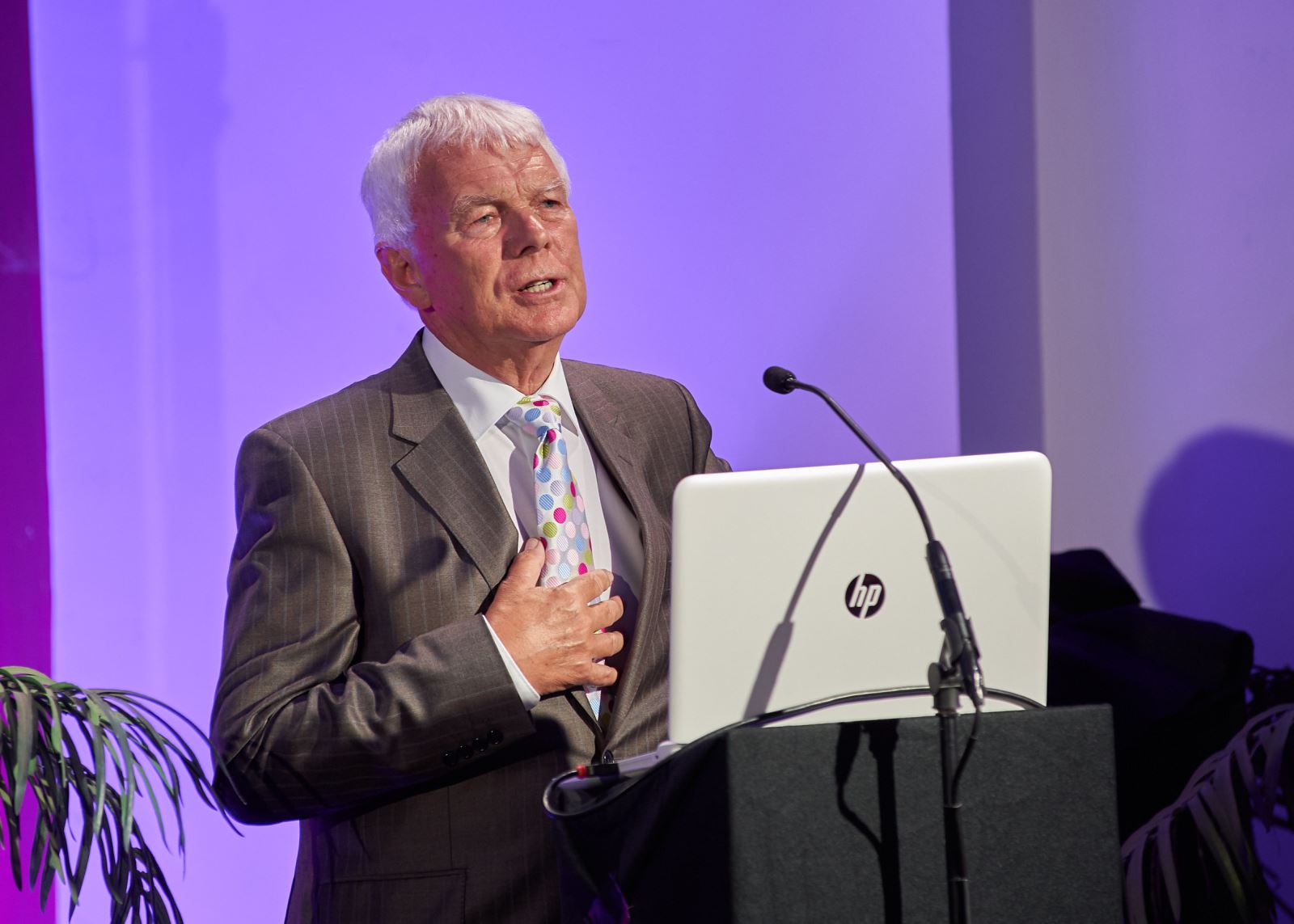 Graham handed over to the MC for the Awards, Keith Massey, who reported on the work he has been doing in this new role as GTC Ambassador – including letters published on the subject of equal pay for women not just in high-profile journalist roles but also within the camera department; representations to the BBC on programme quality standards; and a general request that the work of the camera department be given the full credit and recognition it deserves especially in comparison with some of the often inflated kudos and rates given to other sectors of productions, quoting Sir David Attenborough from the National Television Awards, when receiving an award for Blue Planet:

“What counted in that series was the pictures, and it was the pictures that were created by the cameramen and camerawomen who dived into the ocean to get them who spent 3½,  4 years to do so”.

"I maintain that our job now, one of energetic creativity and ever changing technology, is far harder than most in television, particularly those that deal in words that are fixed and carried around in someone’s head and don’t weigh anything."

He then moved on to introduce this year's GTC Award winners (not presented on the night in the order below).

This year's winner of the GTC’s top award, formerly the Television Cameraman's Award 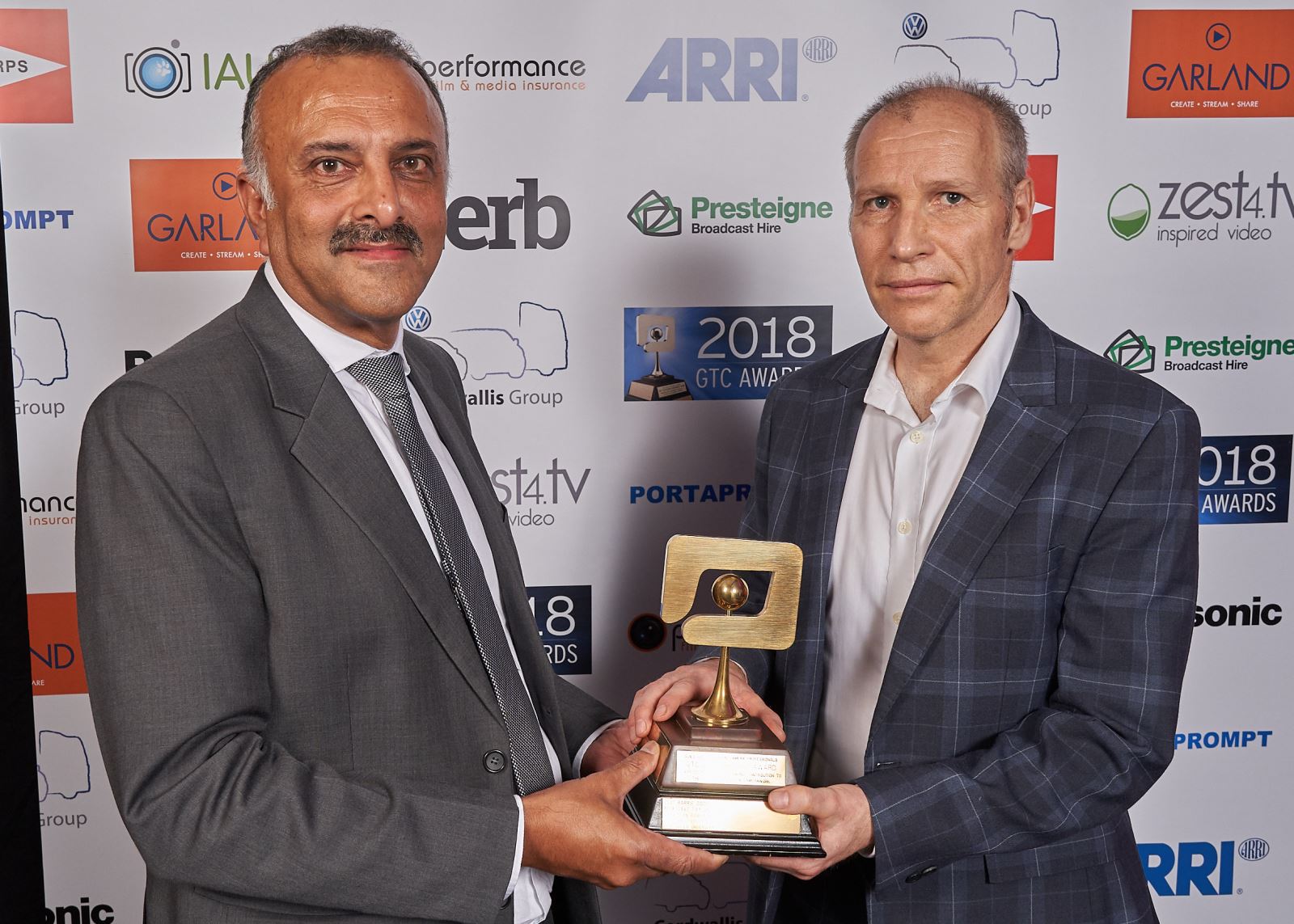 (TiCA), now renamed the GTC Dick Hibberd Award, is Bhasker Solanki. Bhasker was a BBC news cameraman for a remarkable 38 years, during which time he covered many of the most memorable, and often shocking news stories of recent decades. The Awards organisers were delighted that the family of GTC founder member Dick Hibberd, in whose memory the Award has been renamed, were able to attend the day and that Dick's son Steven was able to present the Award to Bhasker. 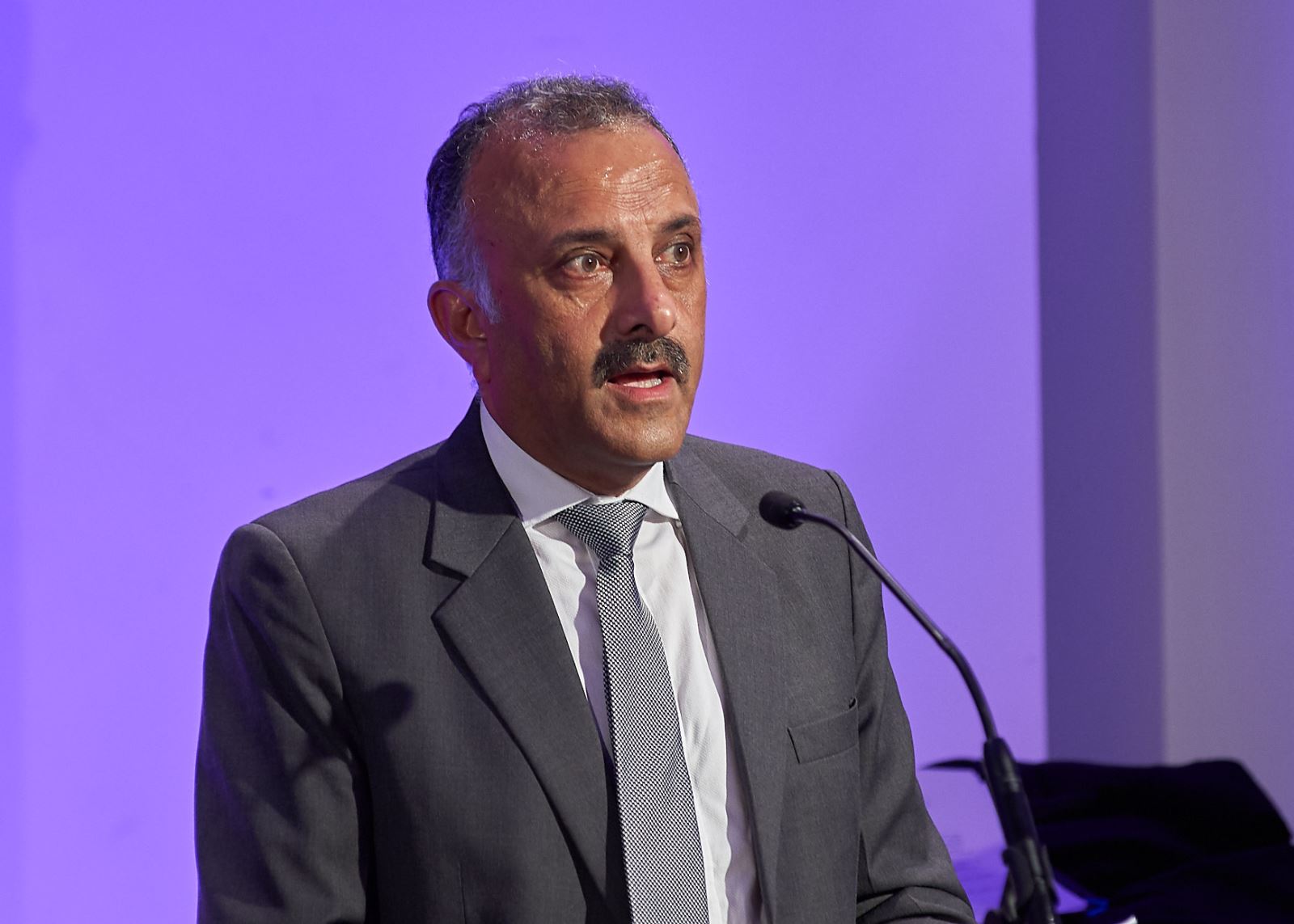 In accepting the Award, Bhasker gave a fascinating and moving account of some of the many stories he has witnessed through the lens. The summary of his remarkable career reads like a resumé of world news over the past four decades, with images having been gathered in more than 100 countries.
Read Bhasker's story in Zerb.

Unlike many other awards, there are no categories in the GTC awards so every nomination is assessed for its merit independently and not just on the visual aesthetics. This allows us to consider the approach and method of filming a particularly difficult subject, for example. It also means that nominations can be drawn from all fields, multi and single camera, broadcast and online, documentary to TV drama and everything else in between. 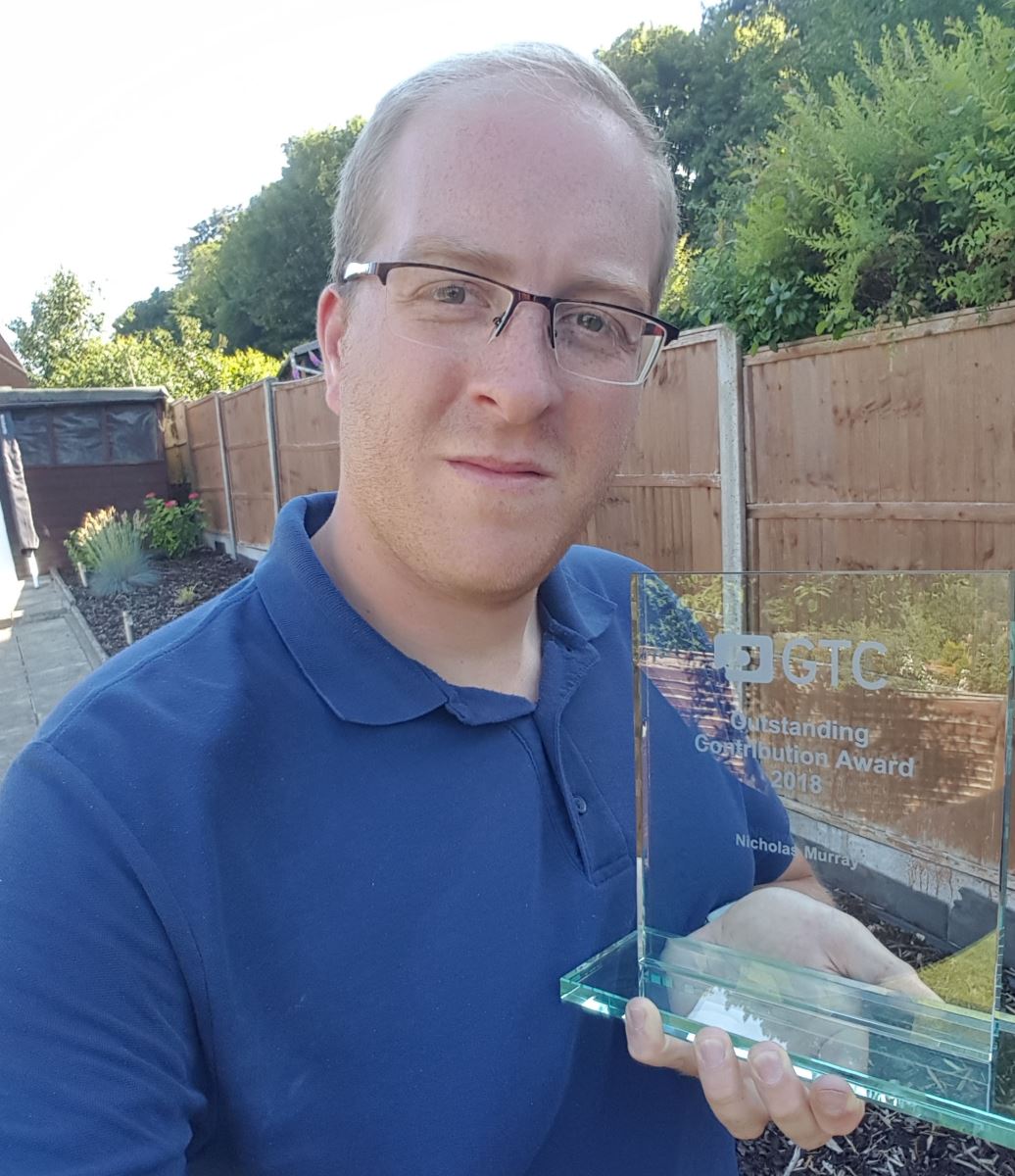 We now take another break to present our new ‘Outstanding Contribution Award’, which is given to an individual who has contributed to the Guild or to the industry.

Nick Murray has worked for ACS (Aerial Camera Systems) for almost 10 years. Most of that time, he has been responsible for the tracking vehicle employed on ITV racing, a task which not only requires him to track over rough conditions, but to maintain the shot for the camera operator and make sure he or she is in the right place at the right time, not an easy task when travelling over rough terrain at 40 mph. He is doing 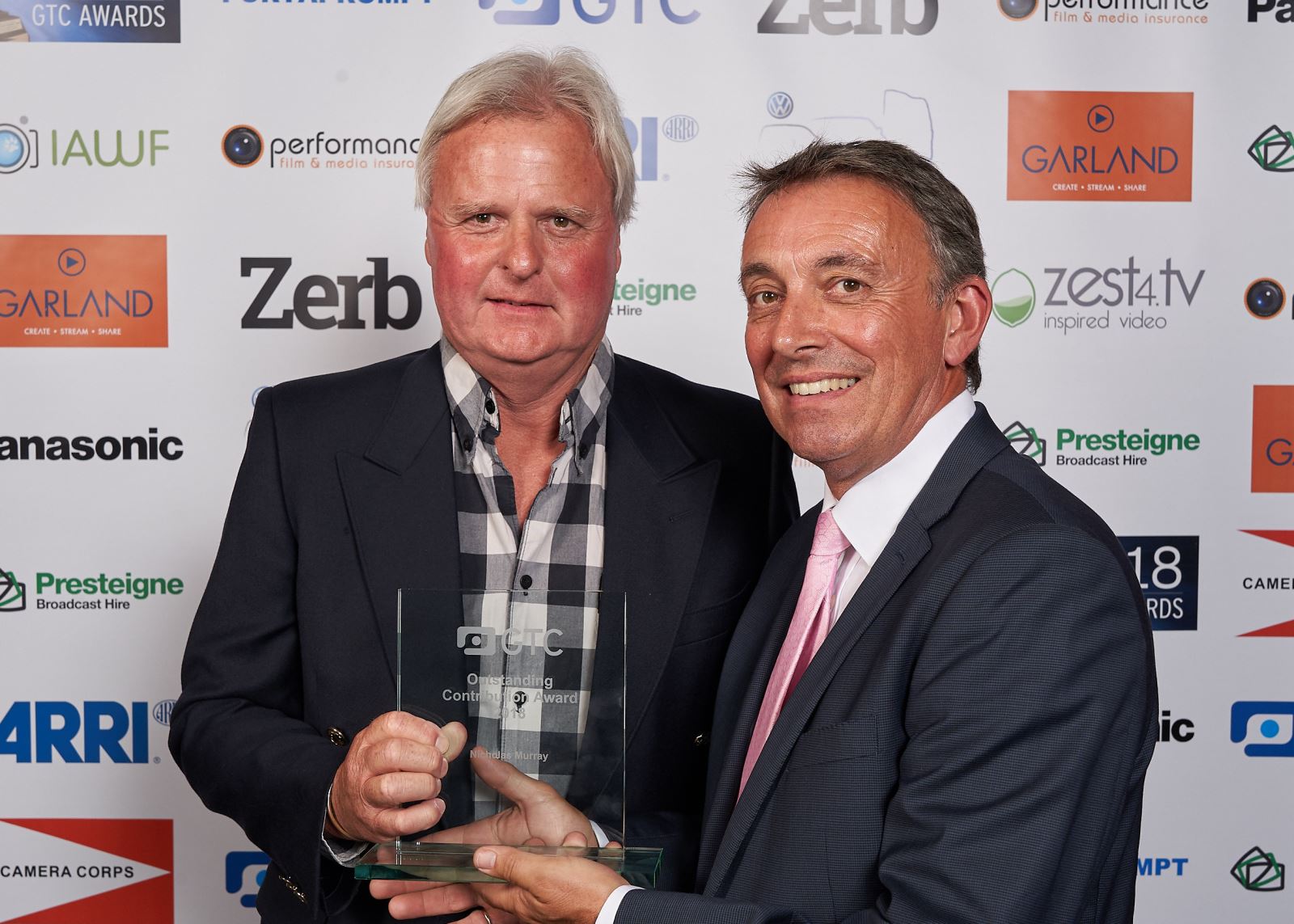 the job of a grip but with more variables. He not only drives the vehicle but rebuilt and designed the interior to take the Gyro stabilising equipment, which he also maintains. His ability during the racing to check his position via the wing mirror, take note of the shot on the dashboard monitor and assess the track conditions is a credit to his professionalism and dedication, a job which is not always appreciated. 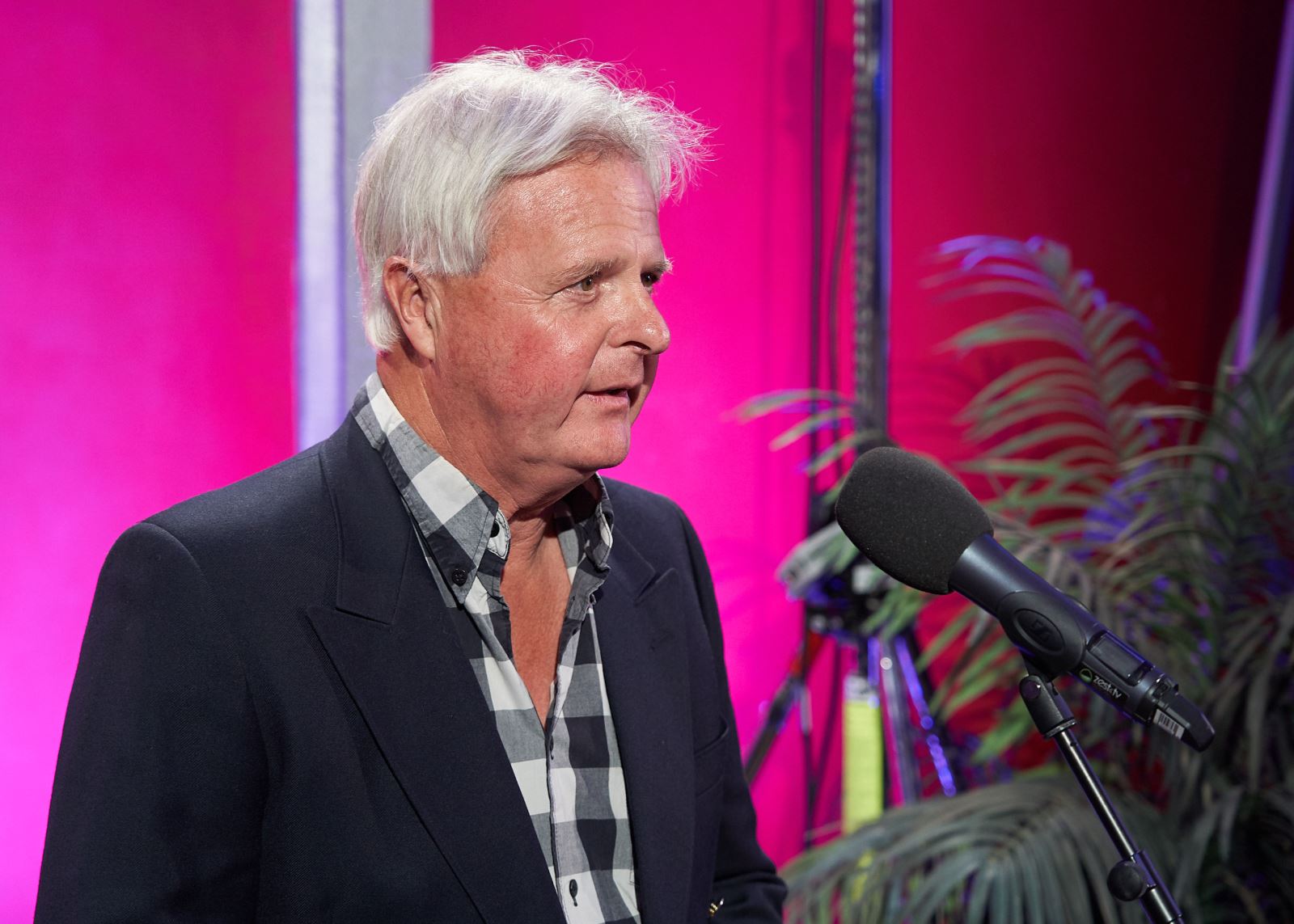 A camera operator has to rely 100% on his positioning to maintain the constantly moving shot.

Nick was not able to attend but the Award was picked up on his behalf by GTC member Biff Baldwin, who has worked with Nick as the camera operator for many years. 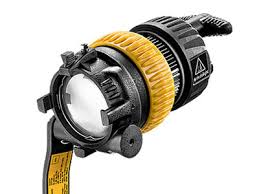 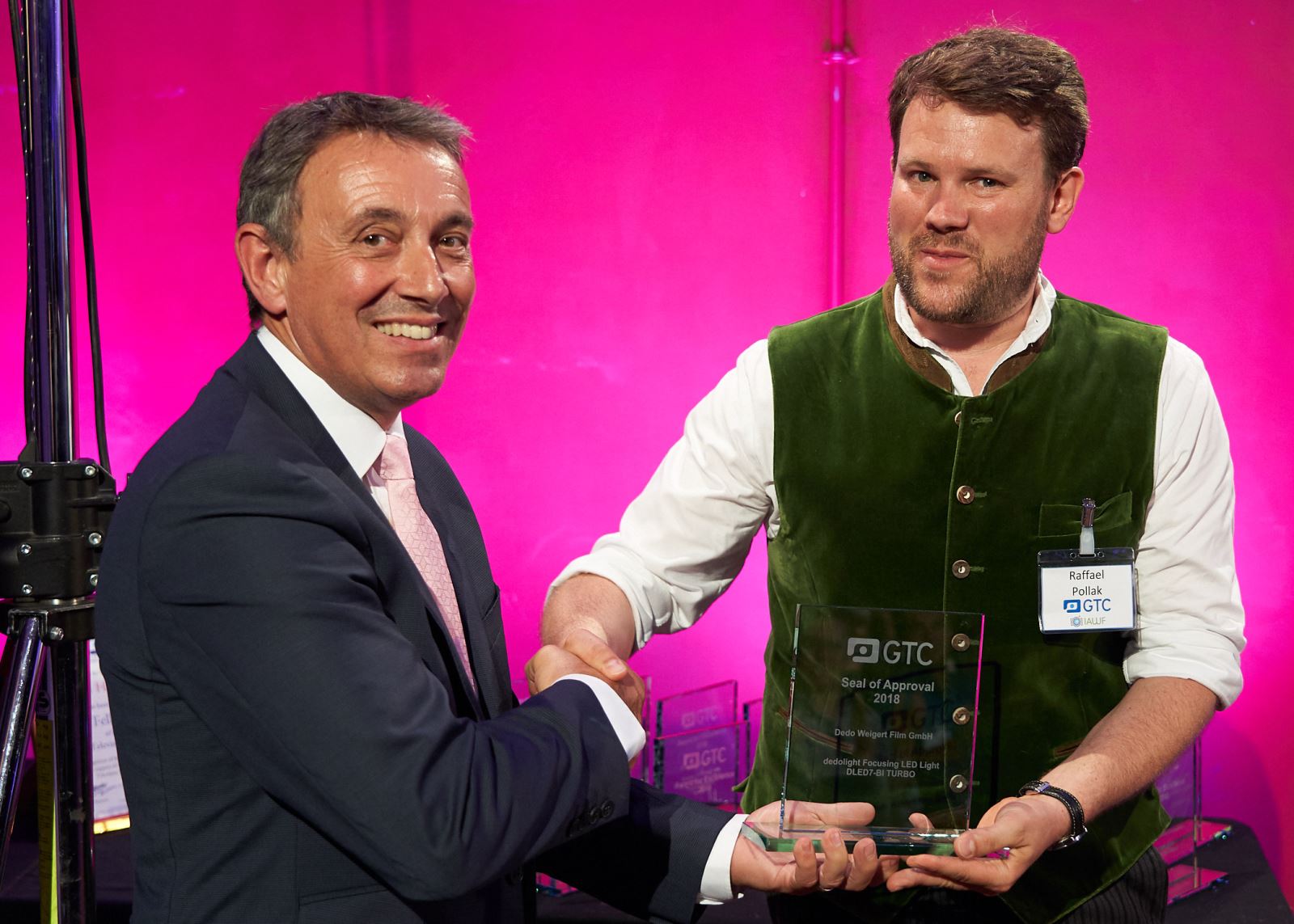 It is simply an amazing light and is becoming as iconic as the classic Dedolight, which we all love and have been using for many years.

The Seal of Approval was collected by Raffael Pollak, Dedo Weigert Film GmbH. 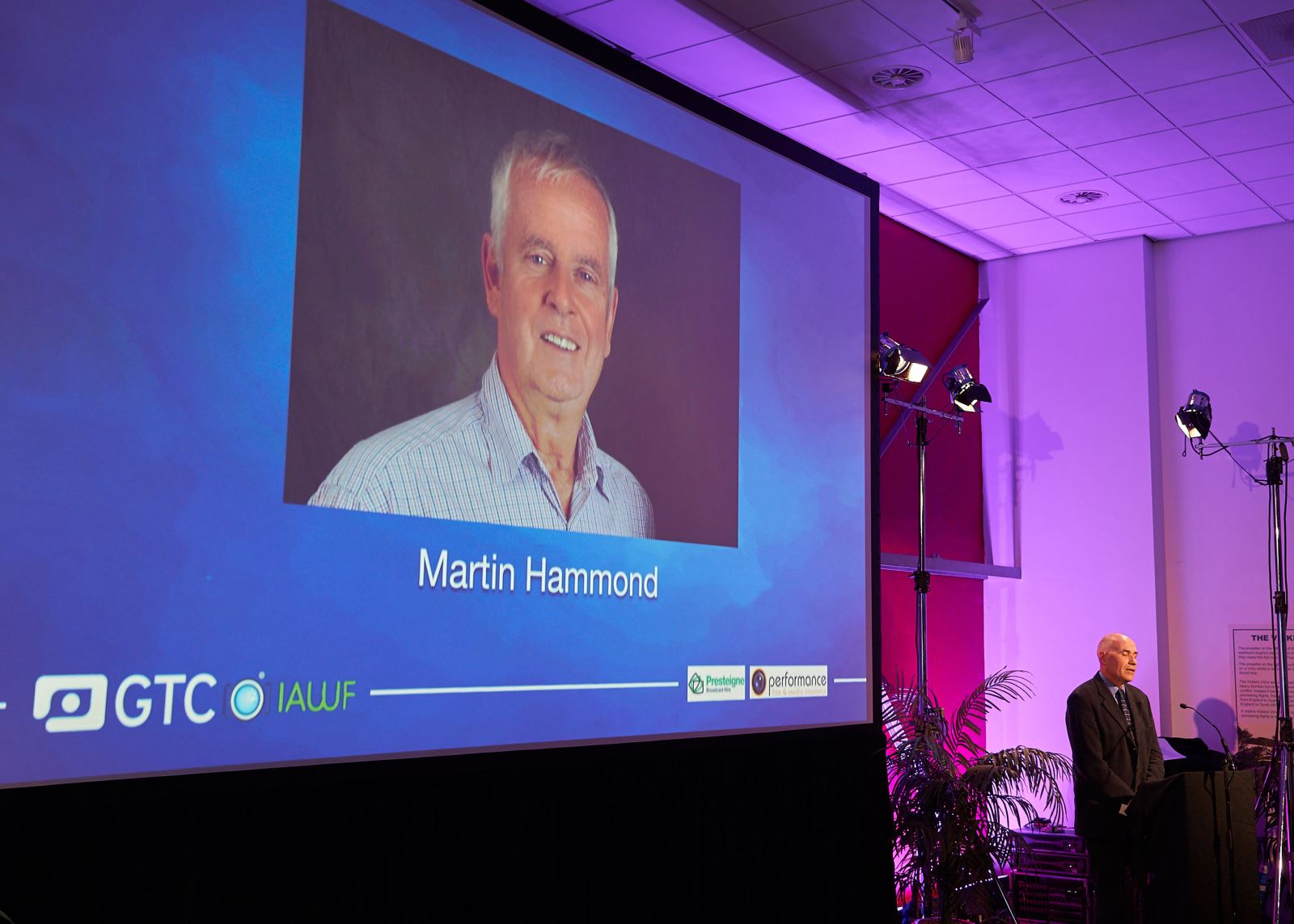 In a very sad conclusion to the evening, GTC Sponsorship and Advertising Manager James French paid a moving tribute to a great friend and tireless supporter of the GTC, Martin Hammond.

Martin was due to be presented with a Fellowship of the GTC tonight but, as most will know, he tragically died in a car accident in February this year. 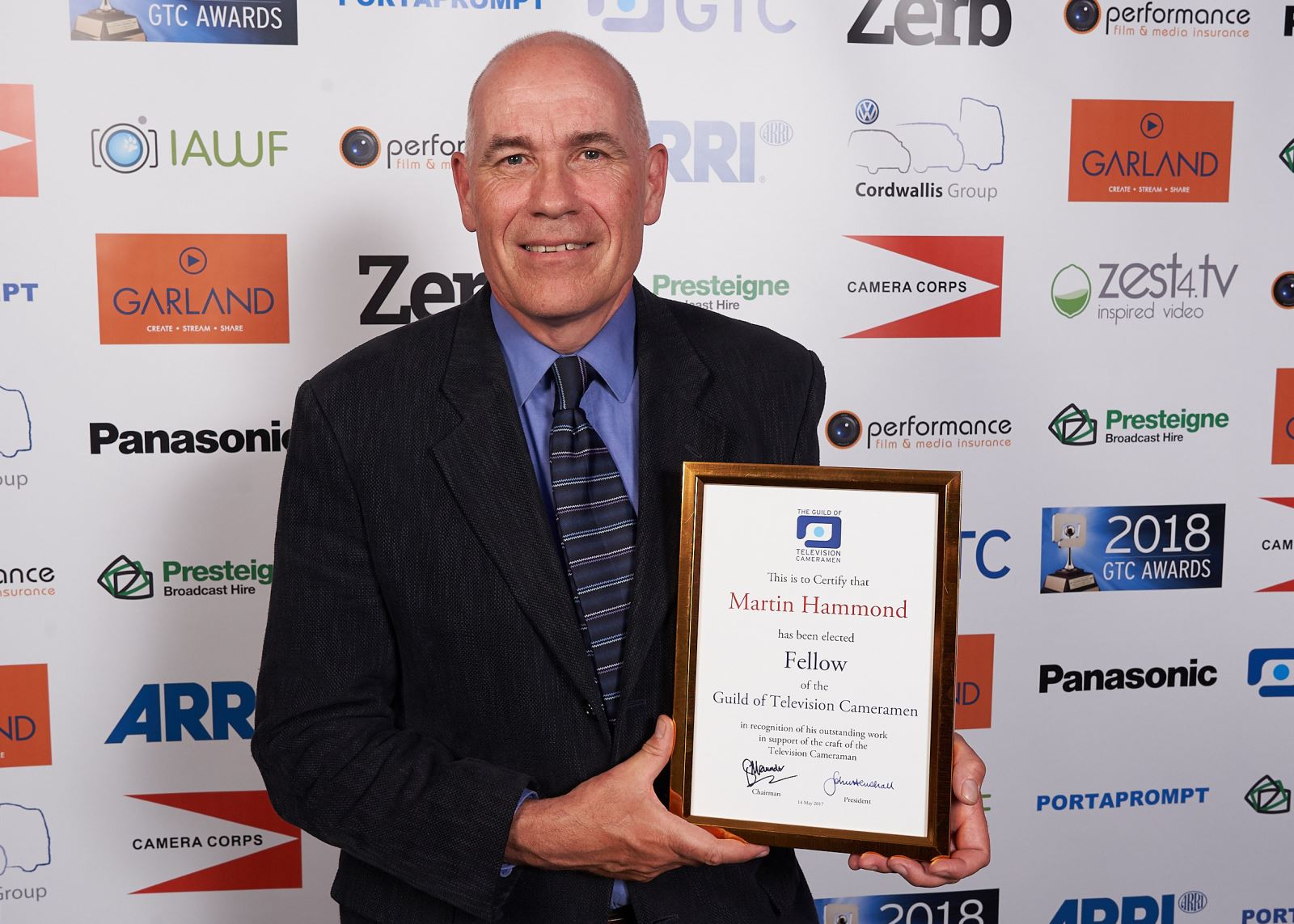 GTC Fellowships are awarded for an outstanding contribution to the GTC and surely no one has ever deserved this more wholly than Martin Hammond for - he is sorely missed by the GTC on a daily basis.

The GTC Awards are each year judged by a different panel of invited GTC members and colleagues. With the shortlist consisting of nominations made by GTC members, the GTC Awards are truly recognised as an accolade from peers from within the camera department. This particularly valued aspect of the GTC Awards was specifically mentioned by many of this year's recipients.

The GTC Council is particularly grateful to Mari Yamamura for her dedicated work in overseeing the nomination, judging and presentation of the GTC Awards in the role of GTC Awards Officer for the last two years. 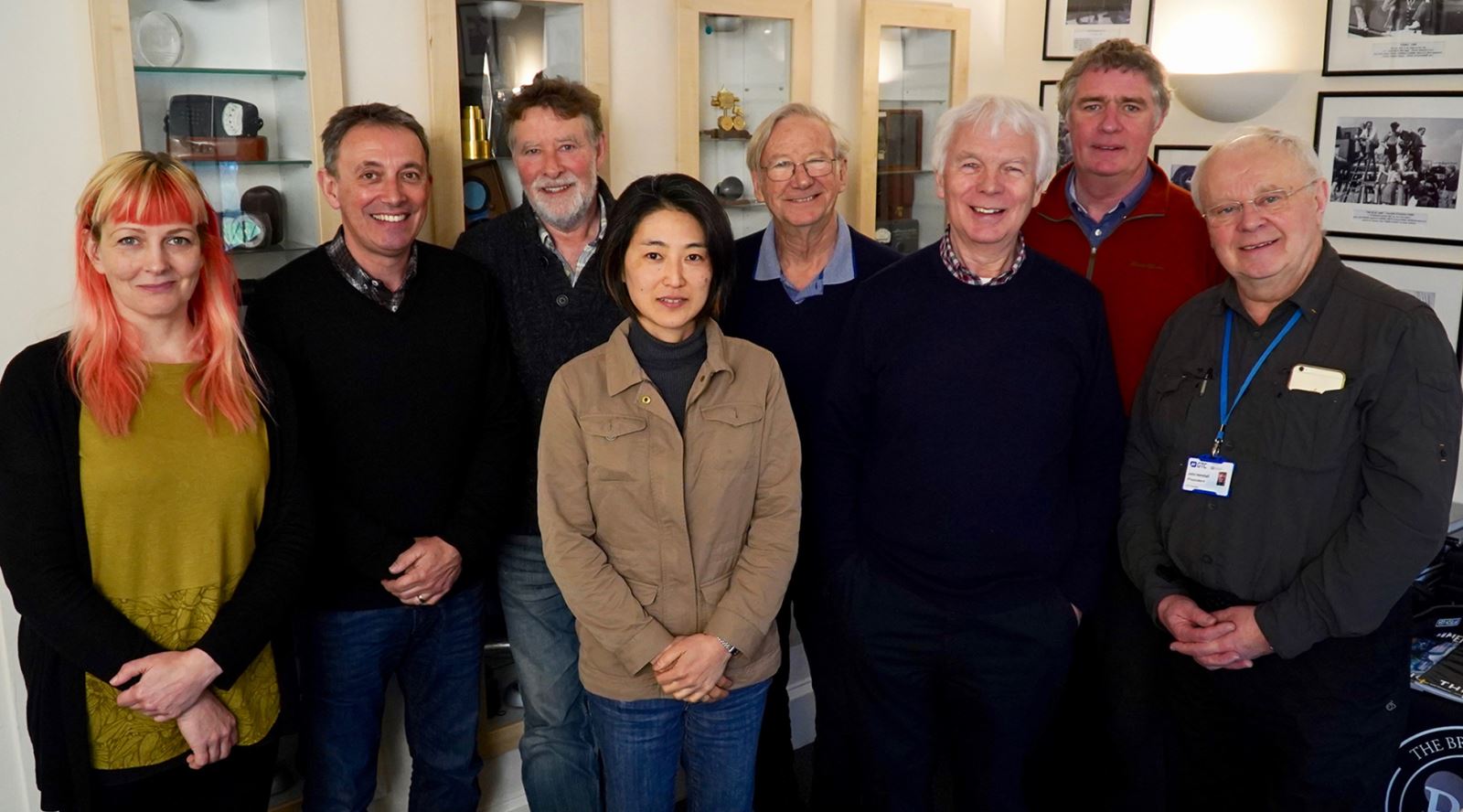 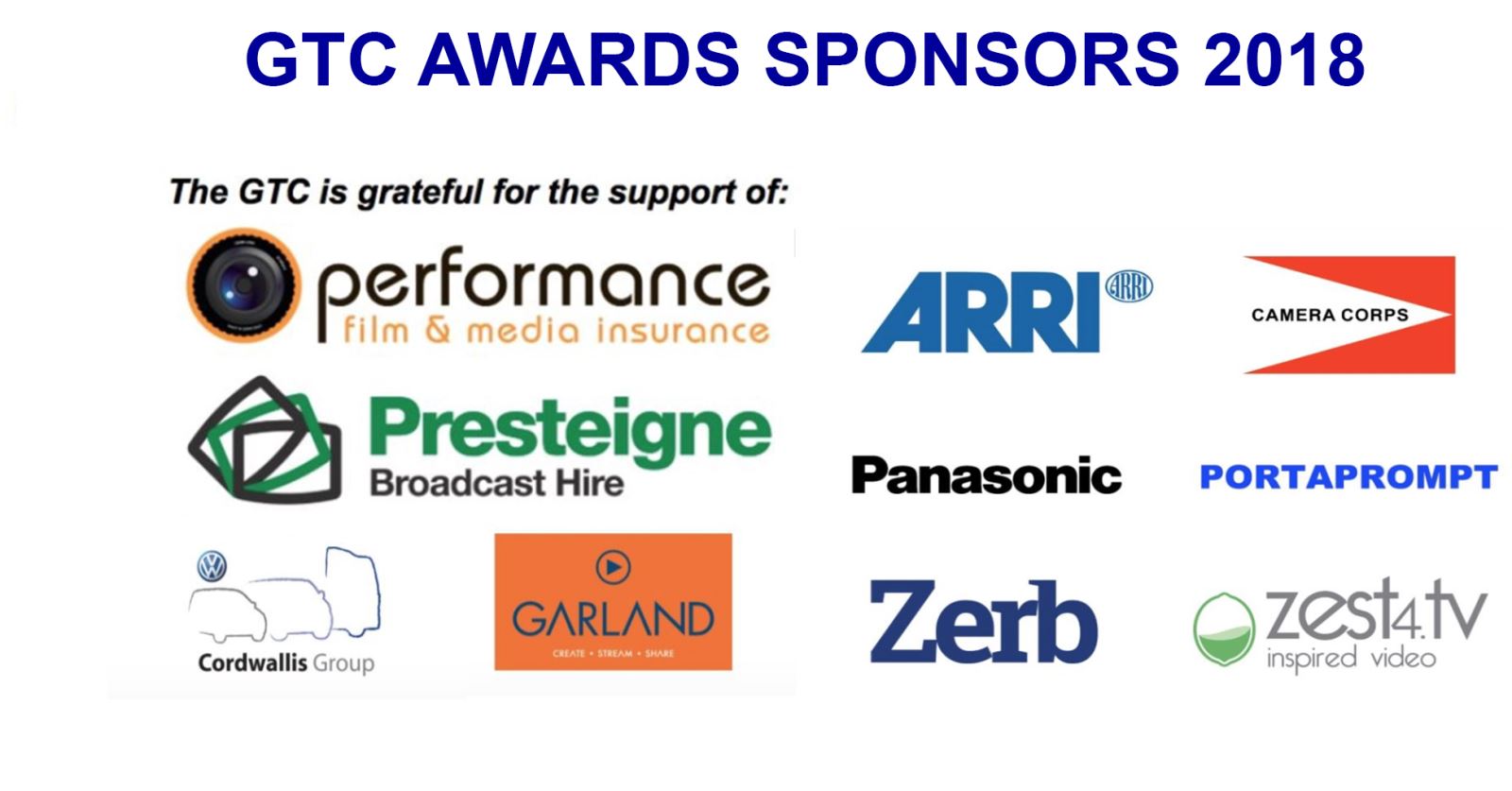