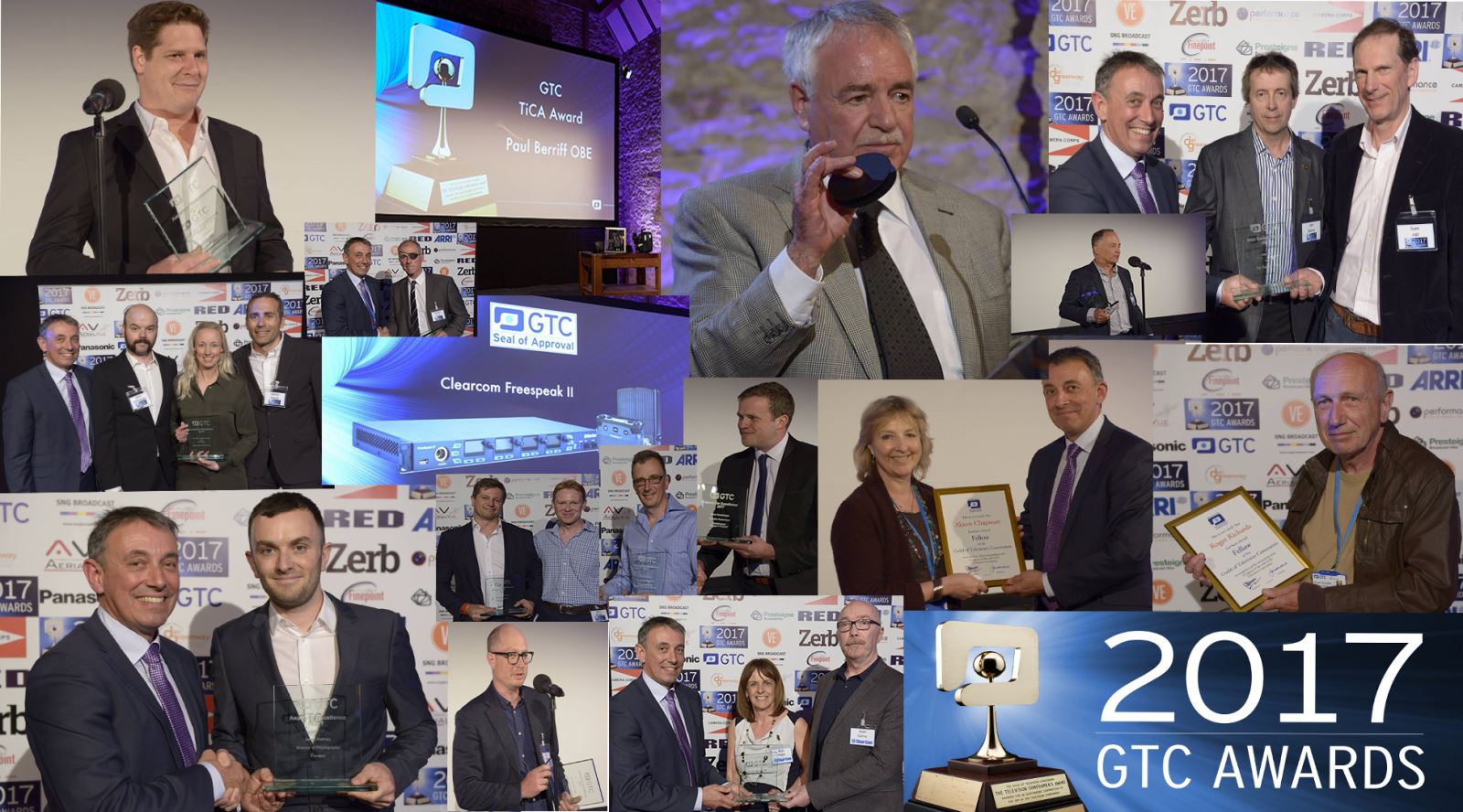 The GTC’s 2017 Awards were presented on Sunday 14 May in The Great Barn, A Day in the Country, Upper Aynho, Oxfordshire. 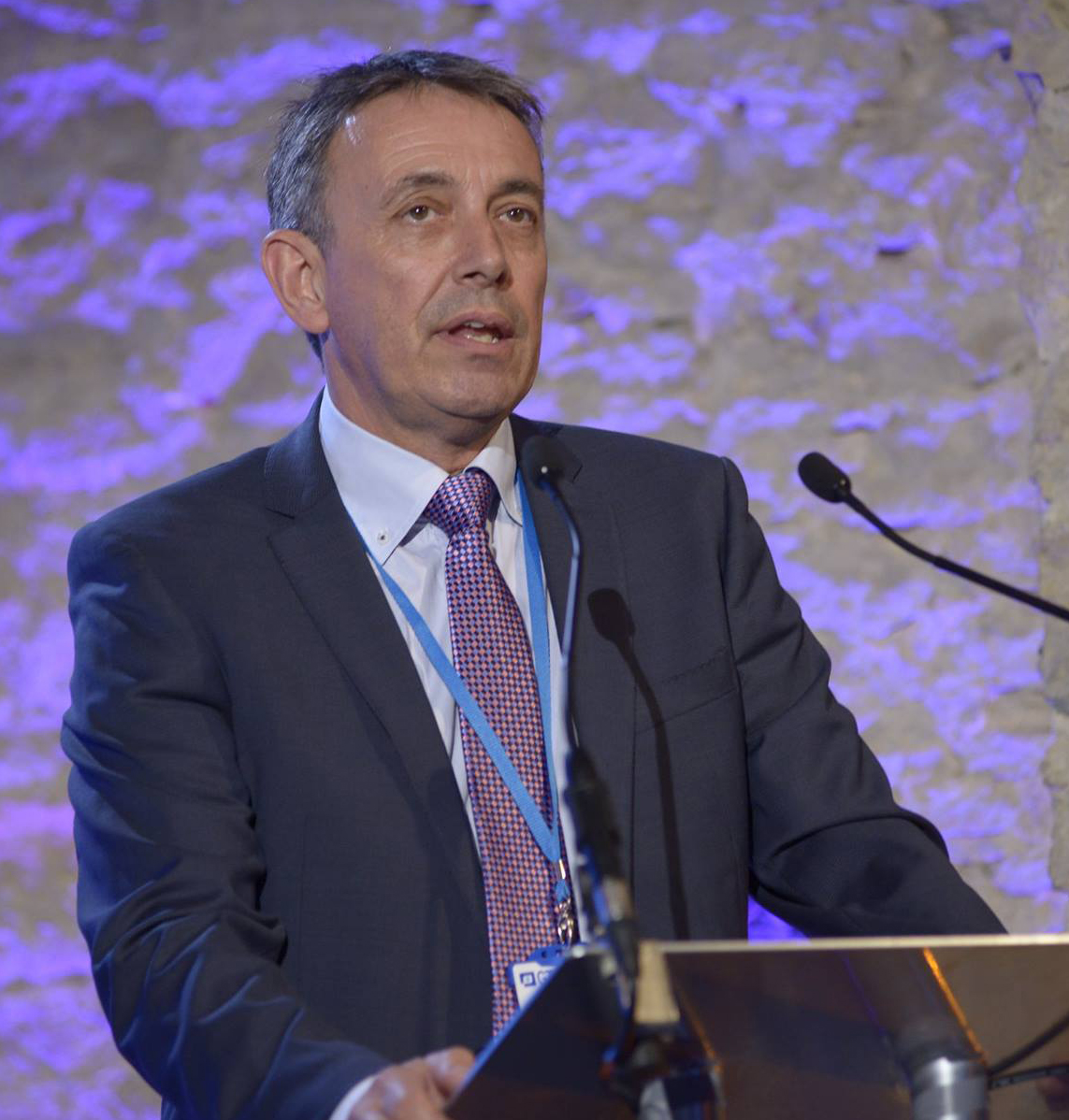 The evening started with an introduction by GTC Chairman Graham Maunder, who paid tribute to the talent and expertise we were about to witness, while also drawing attention to the serious strains that working conditions in the industry can currently put on crews.

Graham handed over to the MC for the Awards, Chris Owen, 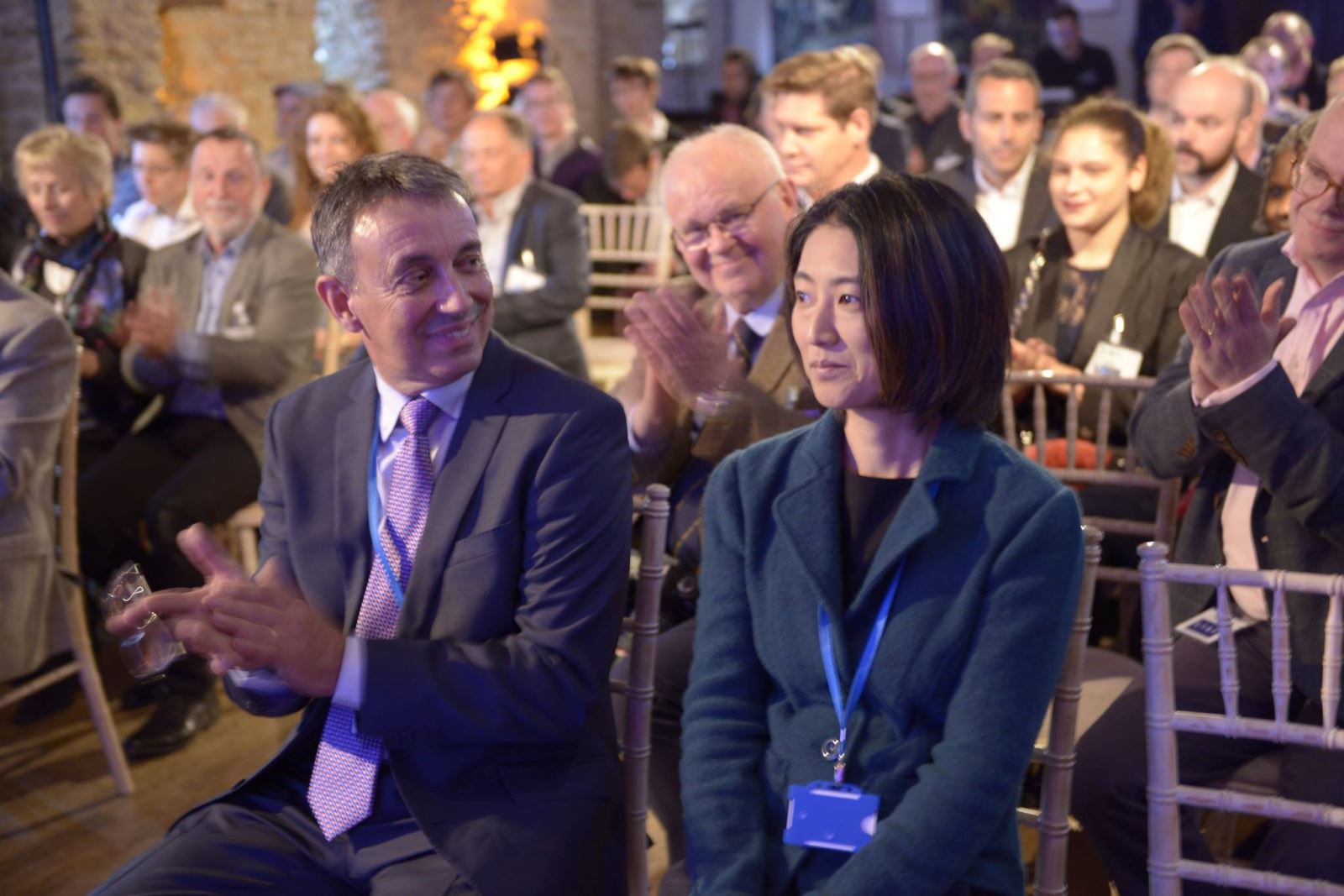 who first of all thanked the new GTC Awards Officer Mari Yamamura, who in her first year in the job had done such a great job in organising the entire nomination, judgin 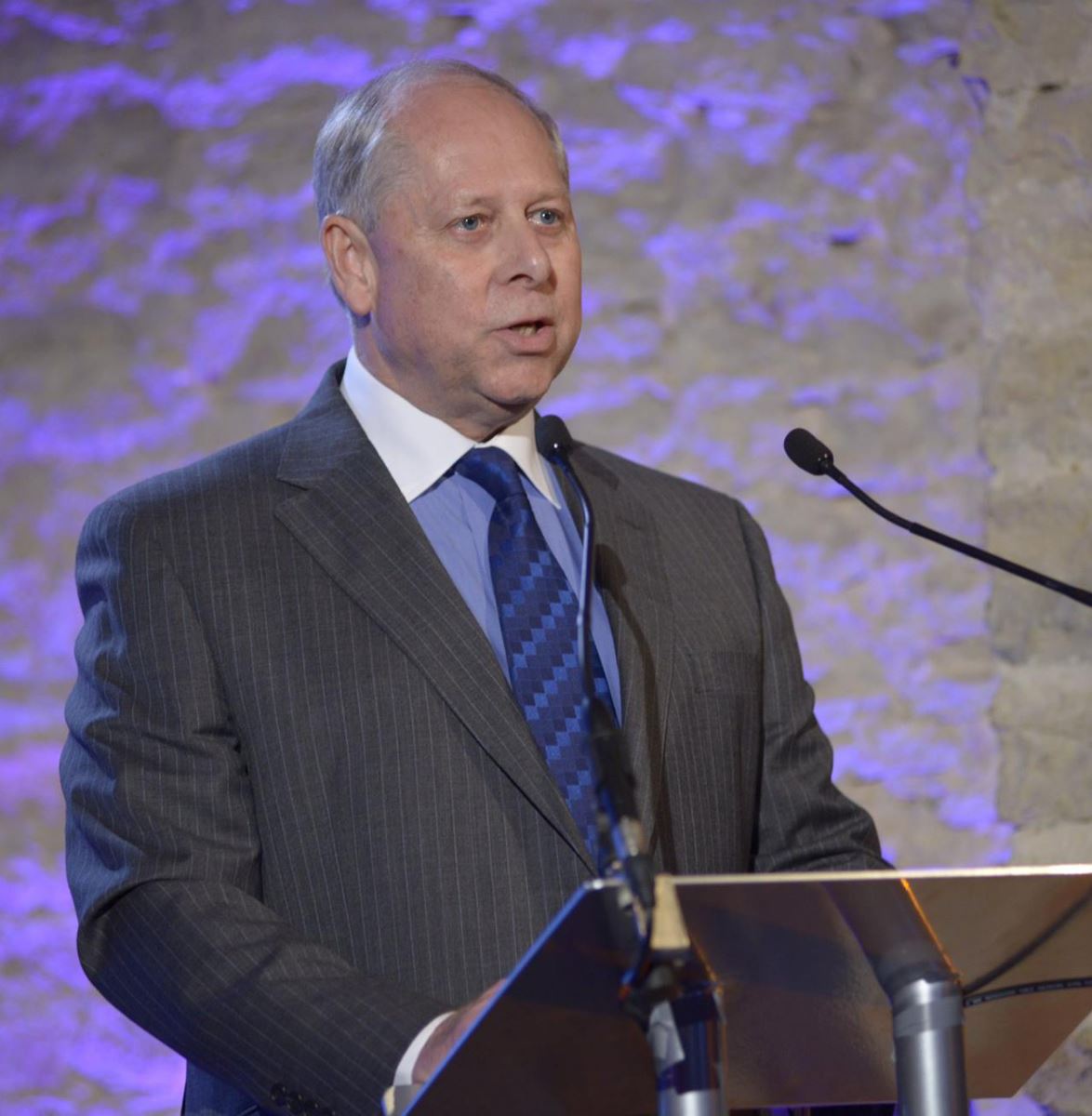 Chris then introduced this year's winners (not in the order below!) 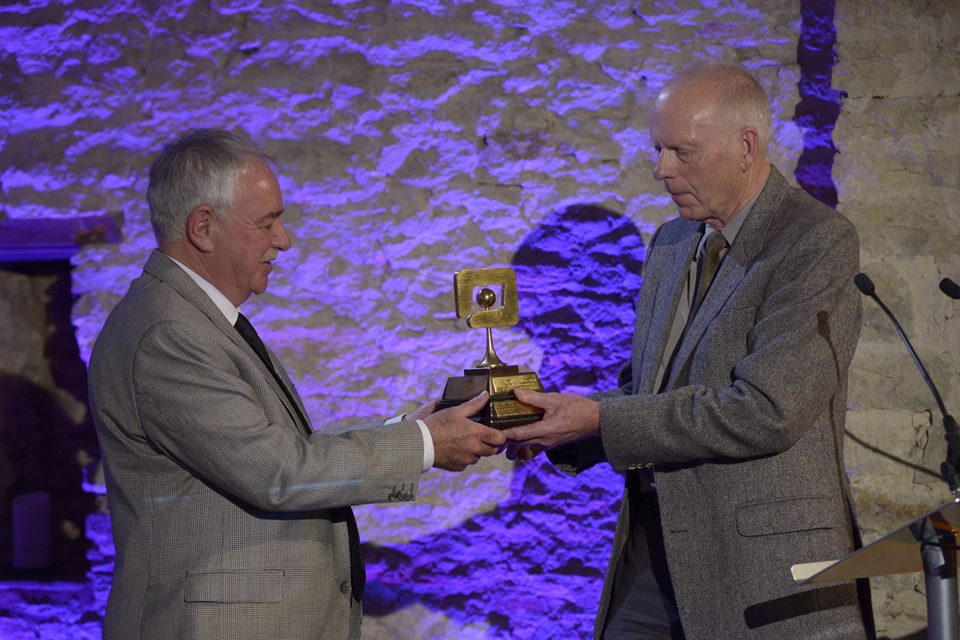 Paul Berriff OBE spent 40 years behind the camera,  shooting or producing, but his career actually began in stills and, amongst many other subjects, his portfolio of work features photographs of The Beatles, The Jimi Hendrix Experience, Pink Floyd and The Rolling Stones.

After changing to moving images, Paul found his niche as the youngest cameraman at the time to work for the BBC in a career that saw him co 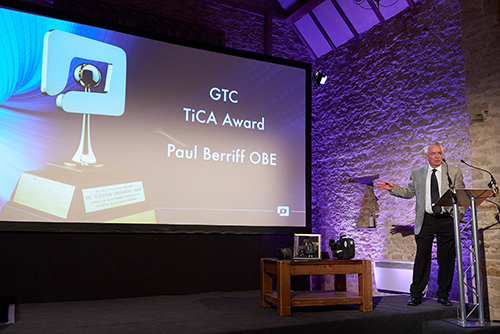 ver major stories from the Piper Alpha disaster to being on the ground during the World Trade Center attacks on 11 September 2001. Paul was on the scene to film New York firefighters and actually shot the iconic footage of one of the towers collapsing as he tried to reach safety. In the event he was still so close that some of the debris fell on him, knocking him unconscious for 25 minutes.

To illustrate his keynote acceptance speech Paul had 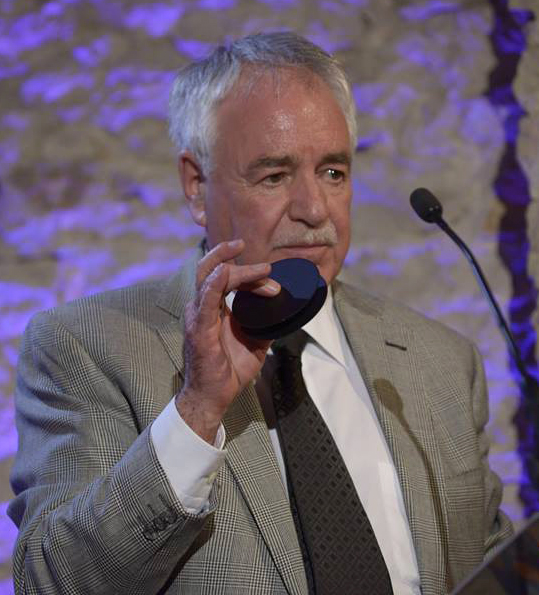 brought along some interesting examples from the wide range cameras he has used at different stages of his career. He explained his belief that much of his skill in story-telling had been engrained in his very early days as a cameraman from the discipline required to shoot film on very tiny mags.

Not only has Paul had a remarkable career behind camera, but somehow has found time as well to be a lifeboatman and is also a trained firefighter.

Unlike many other awards, there are no categories in the GTC awards so every nomination is assessed for its merit independently and not just on the visual aesthetics. This allows us to consider the approach and method of filming a particularly difficult subject, for example. It also means that nominations can be drawn from all fields, multi and single camera, broadcast and online, documentary to TV drama and everything else in between.

The Mike Baldock award is for valuable service to the GTC. Since the inception of the Bill Vinten GTC University Awards, a major incentive for students entering the competition has been the paid work experience offered to the winner and runners-up.
One production which has consistently opened its doors is BBC's Doctors. Several recipients have said they’ve learned more in a week about assisting than they learnt in their whole time at university and were surprised by the pace of shooting. As a direct result of this 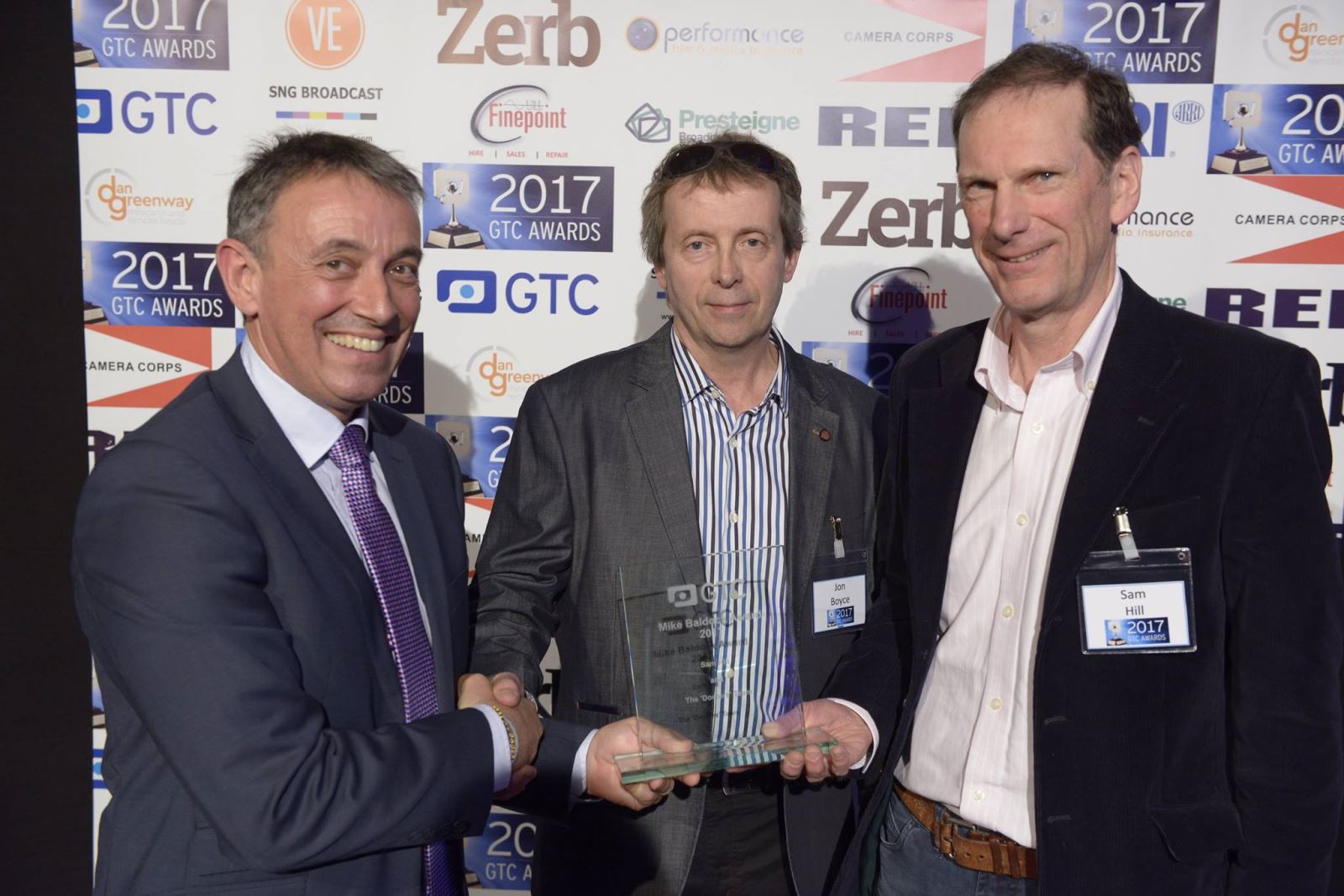 work experience, one graduate was offered a full-time job at the Shepperton Studios base of camera company, Transmission TX.

Sam: "This is a fantastic honour to receive on behalf of everybody. Training and breaking young crews into drama is so important to Doctors, not just for the future of our show, but for 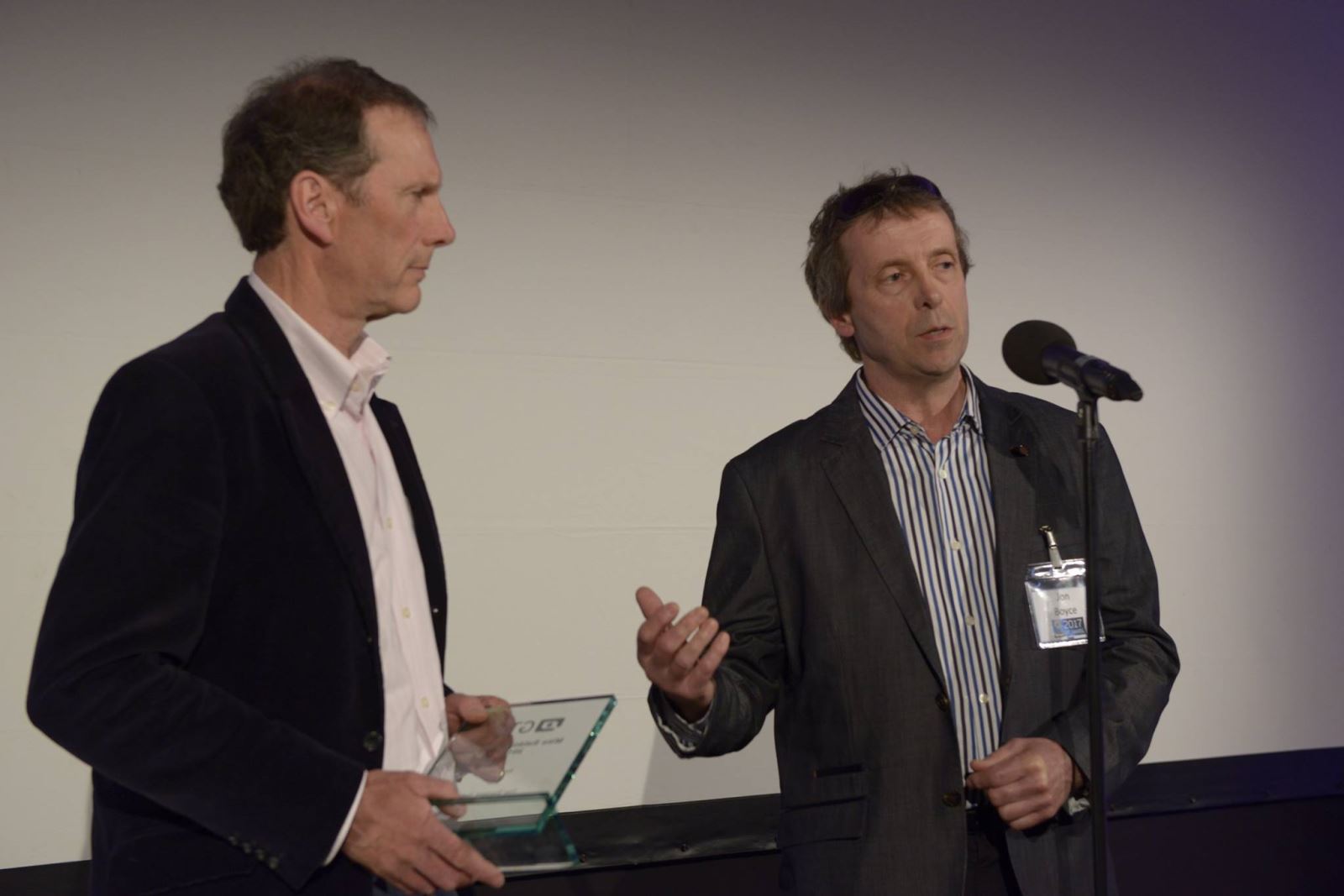 the industry as a whole."

Jon: "If you just take a moment to think about when you were first given a break, when you were right at the beginning of your career, when someone had the faith in you to take a chance... we give it to a few people every year, to give them the chance to share their passion. There's so many people in Transmission TX, this award really goes out to them, and the BBC for giving us a chance to give people a chance."

The Clear_Com FreeSpeak II wireless talkback system is a revolution in talkback and a fundamental step change in how camera operators in a multi-camera environment interact with the rest of the production team. 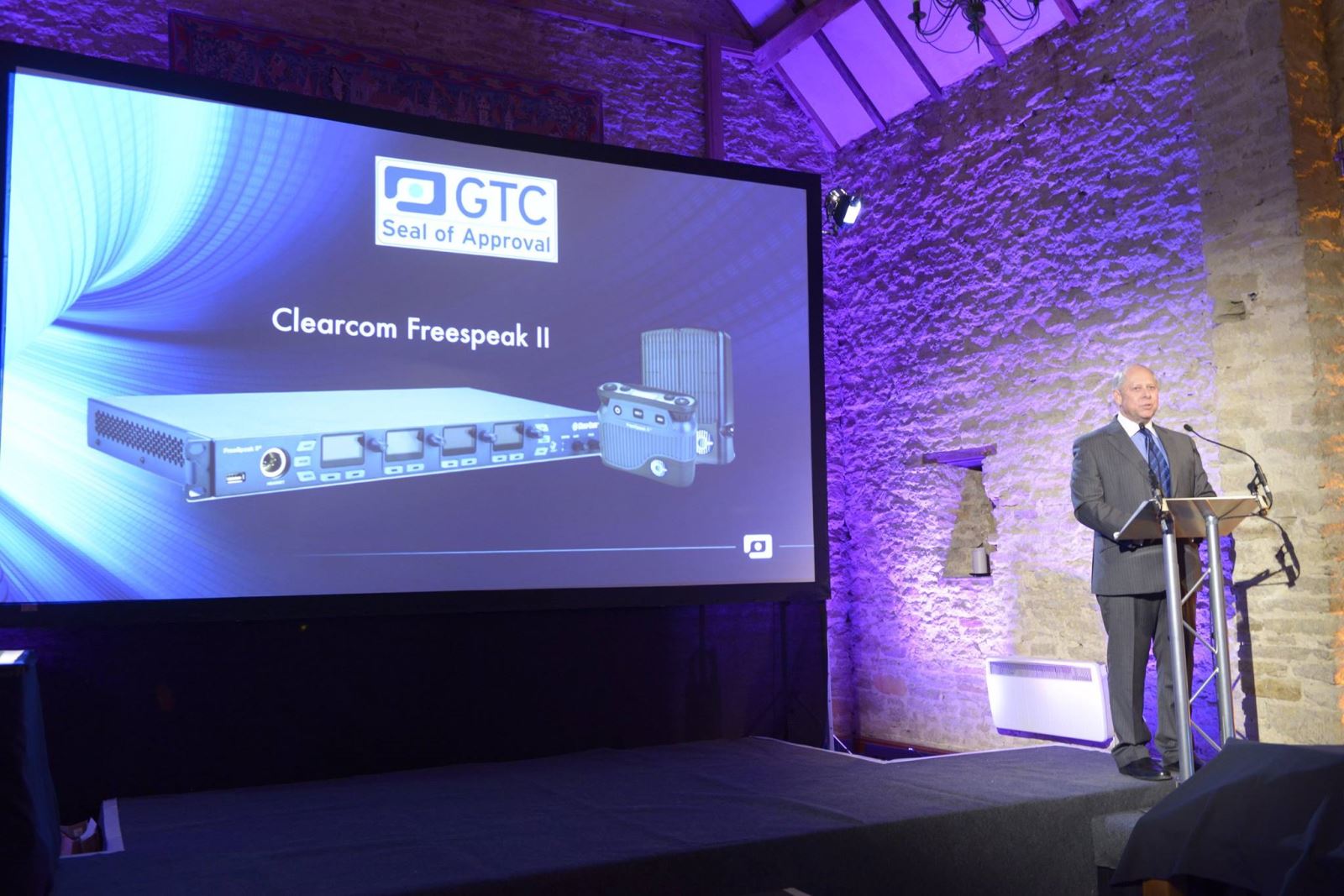 can simultaneously have access to four talkback paths with keys and independent listen levels for each. For example, possible paths are listen to director talkback, listen/talk to engineering, listen to a show caller(useful for rehearsals on live events), programme sound and private talk to anyone else on production such as a Steadicam or jib operator to their assistant.

It also has a superb voice clarity so that all communications are clear and fully duplex.  Antenna hopping means the belt packs can be used across wide areas and will always find the receiver accepting the strongest signal.  Excellent for RF camera operators that want to roam across a large space such as Steadicam arenas a 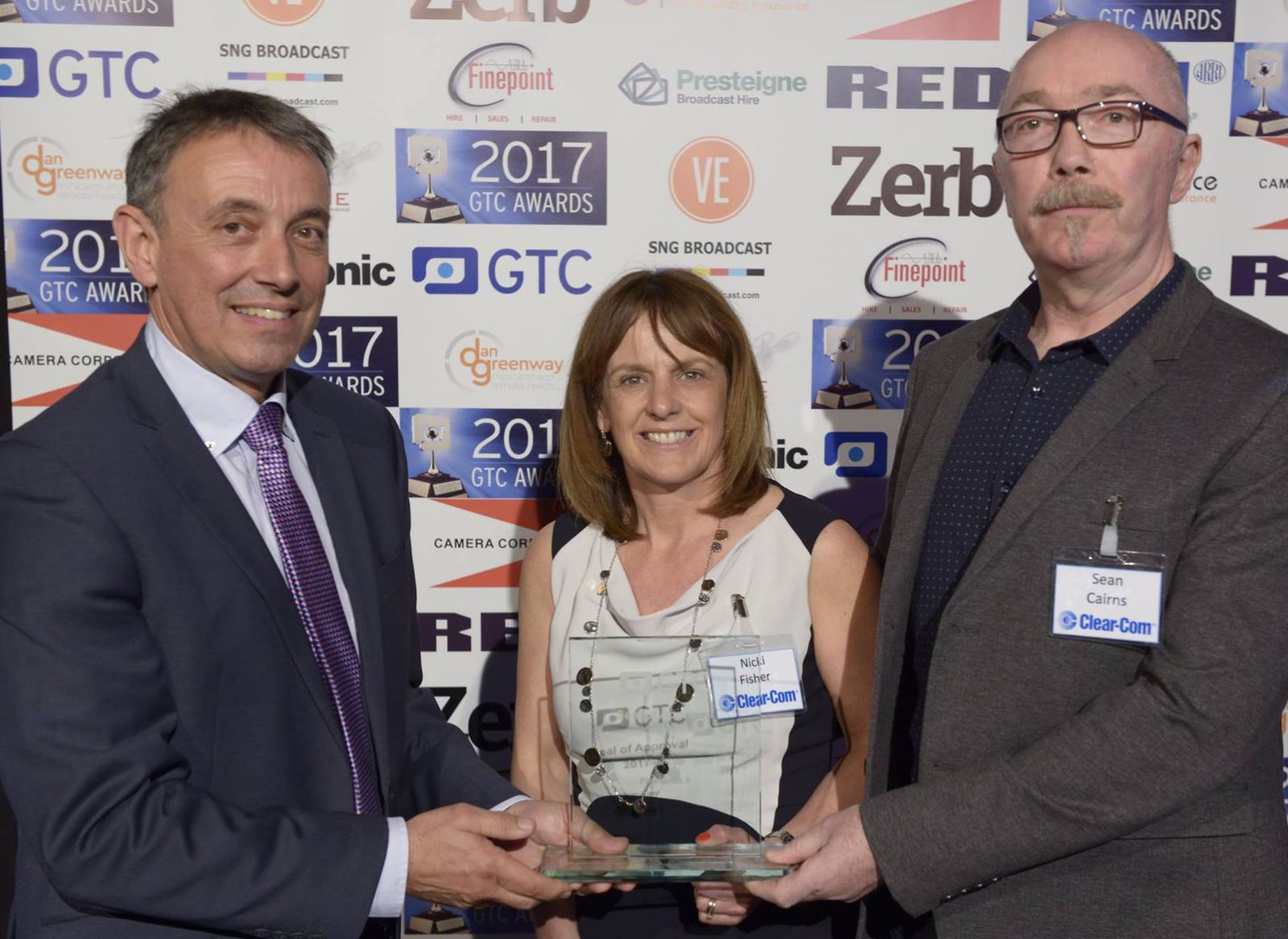 It is licence-free in the 1.9Ghz or 2.4Ghz spectrums so you no longer have to pay Ofcom for radio licences. Furthermore, base station can automatically interface with other common talkback systems.

The GTC Seal of Approval was collected by Nicki Fisher and from Clear-Com.

Fellowships of the GTC 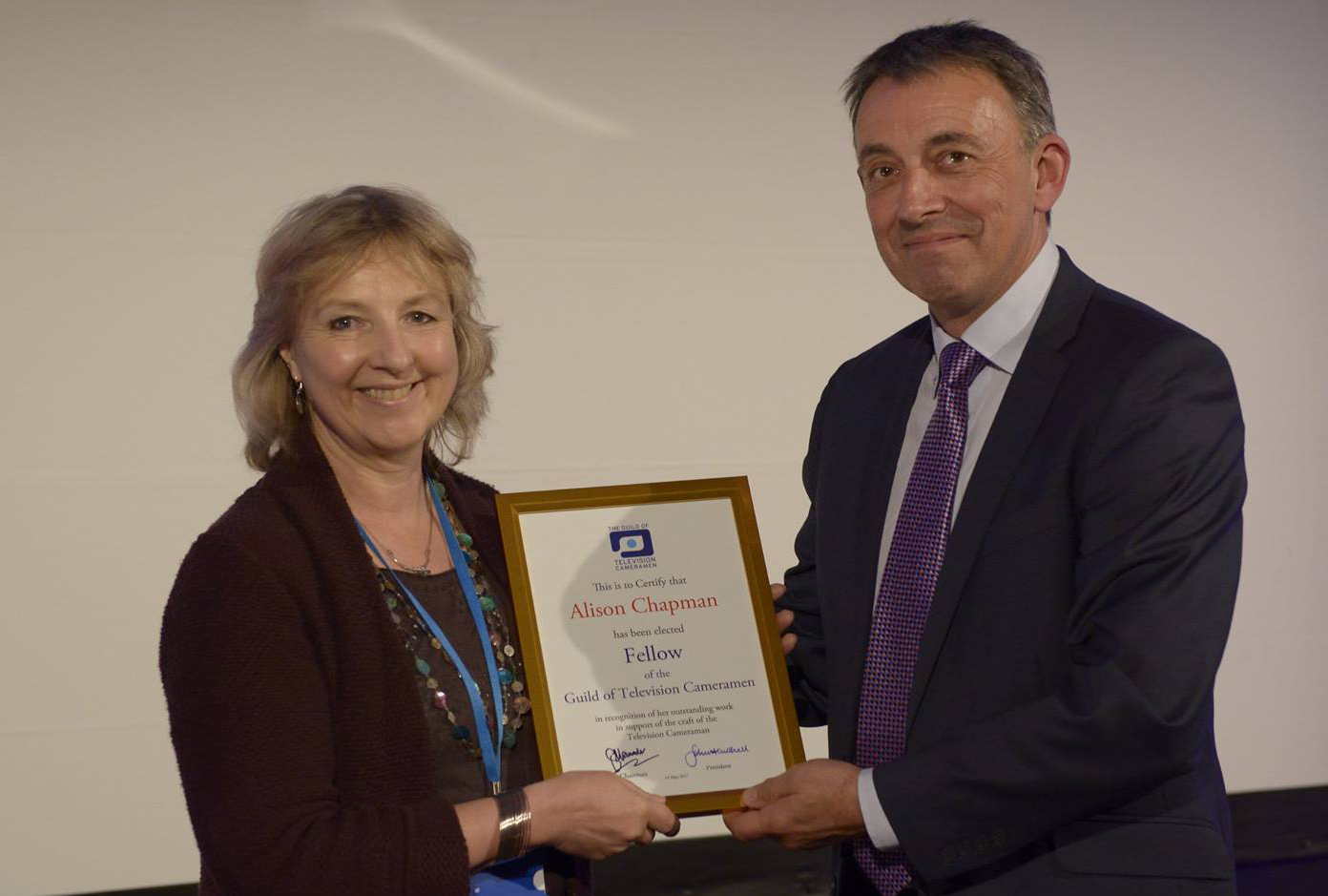 There was a final surprise of the evening - for Zerb Managing Director and GTC Website Administrator Alison Chapman, who became the first woman to be made a Fellow of the GTC for her long-term contribution to both Zerb and the website, and for Roger Richards, who for many years has not only expertly looked after 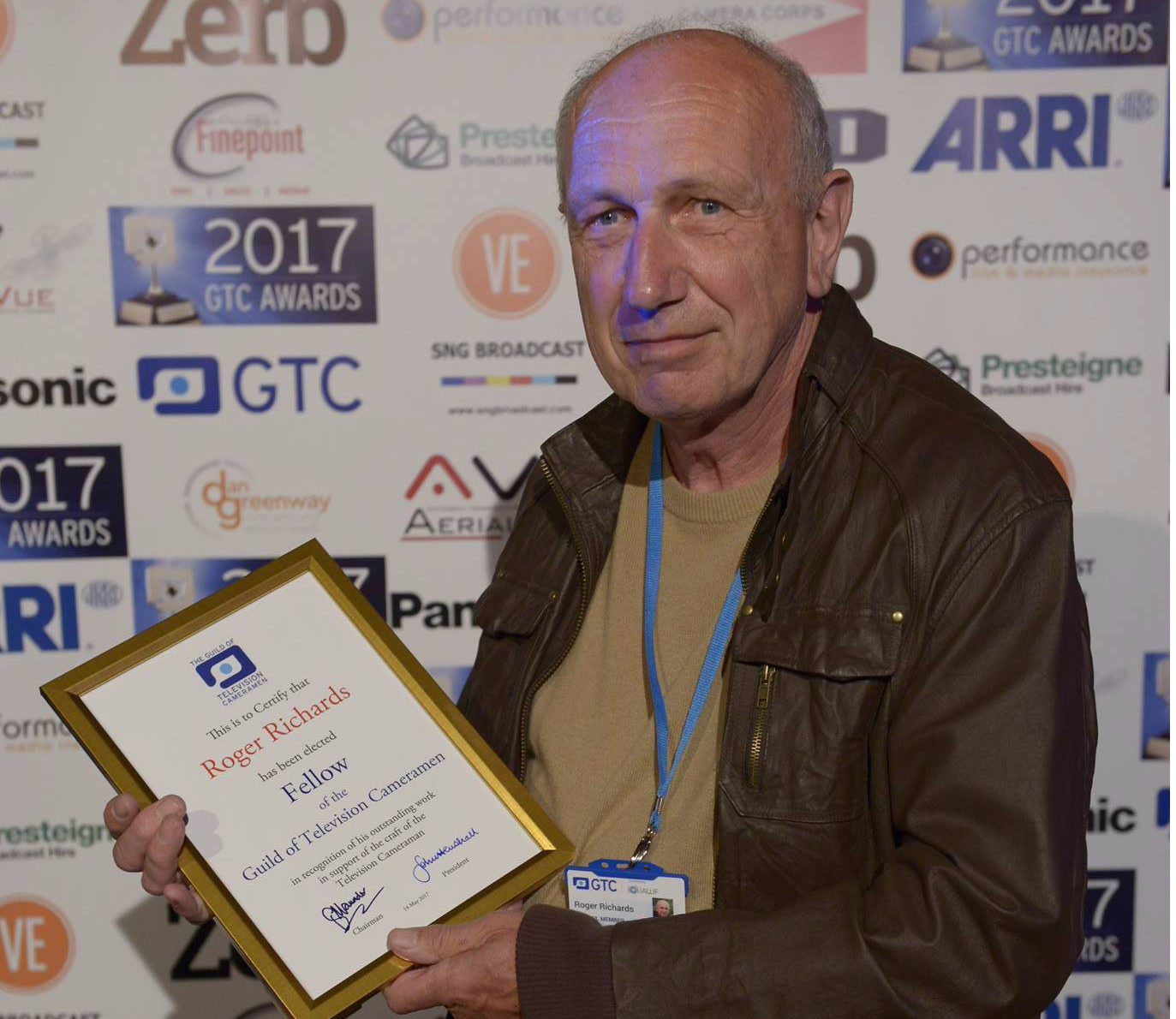 all aspects of GTC membership and administration, but also edited the GTC newsletter, GTC In Focus. Despite both Alison and Roger being heavily involved with almost all aspects of GTC business, the GTC Council and Awards organisers had somehow managed to keep the decision to award the Fellowships completely secret from the two delighted recipients!

The funds from the day's Prize Raffle were split between the industry charity the Cinema and Television Benevolent Fund (CTBF) and eyesight research charity Fight for Sight. 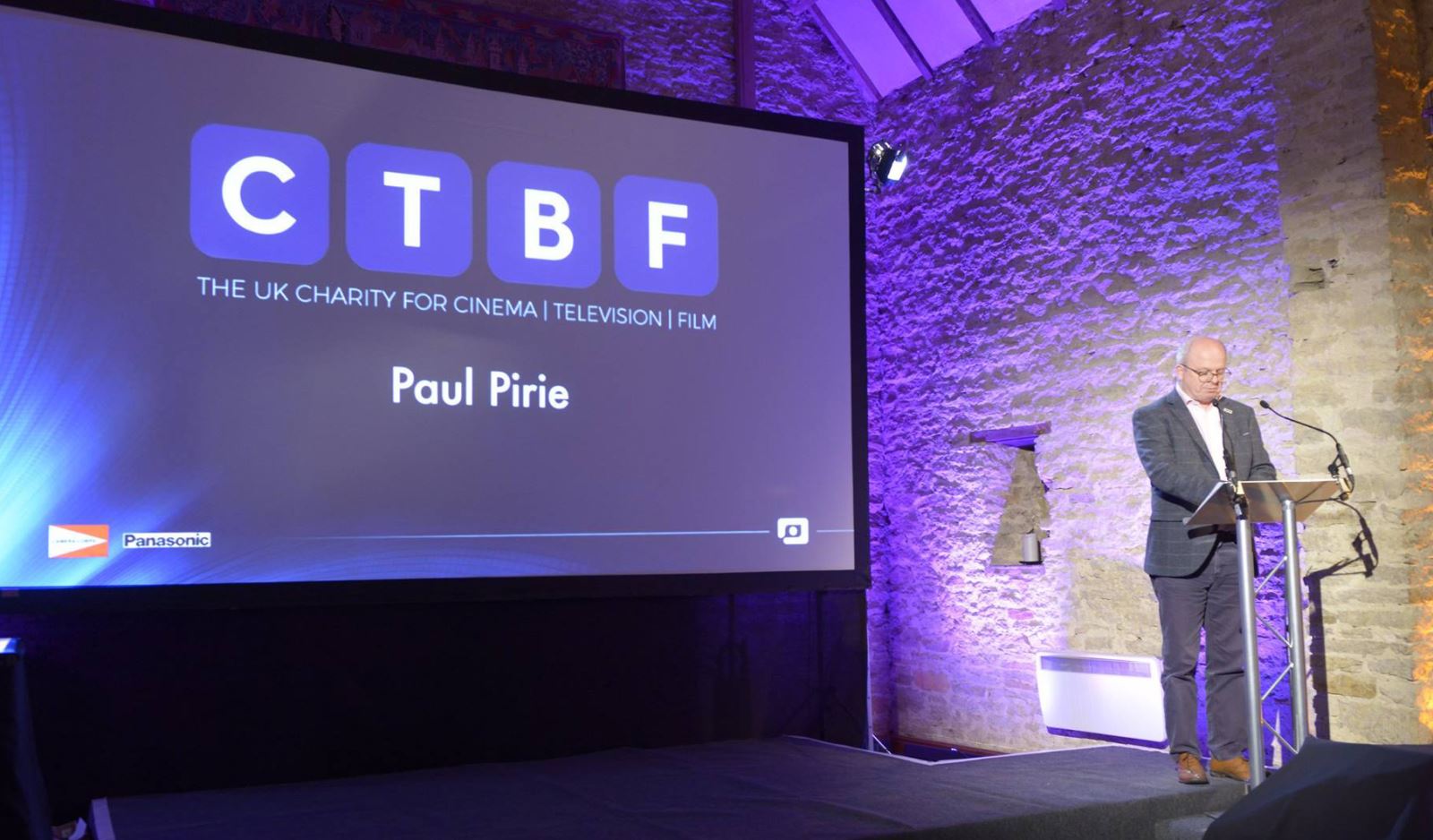 Fight for Sight sent a message of thanks and Paul Pirie of CTBF attended and explained a little about the work of the charity and in particular its new initiative to provide more support for people within the industry suffering from mental health issues.

The GTC Awards are each year judged by a different panel of invited GTC members and colleagues. With the shortlist consisting of nominations made by GTC members, the GTC Awards are truly recognised as an accolade from peers from within the camera department. This particularly valued aspect of the GTC Awards was specifically mentioned by many of this year's recipients. 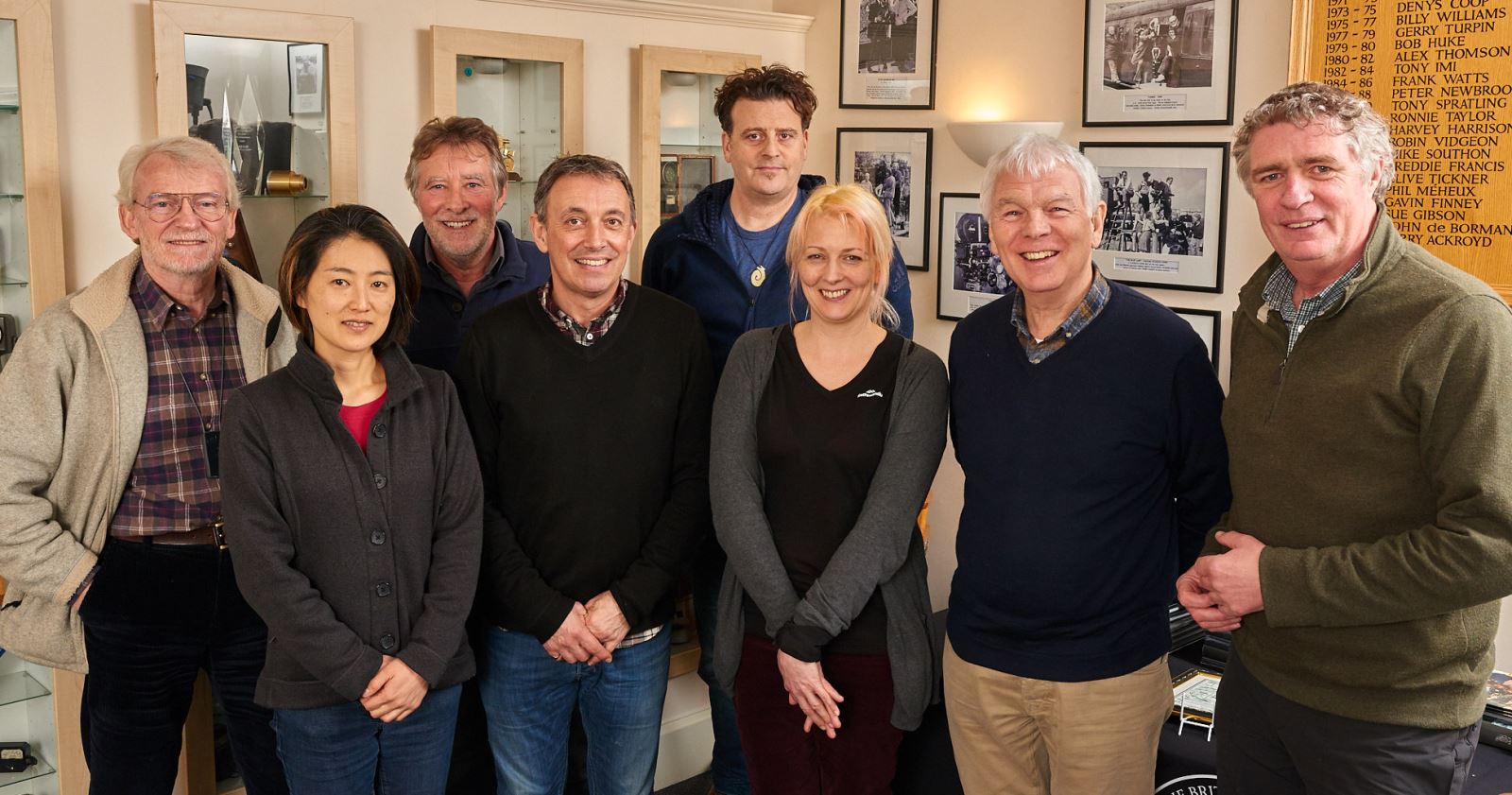